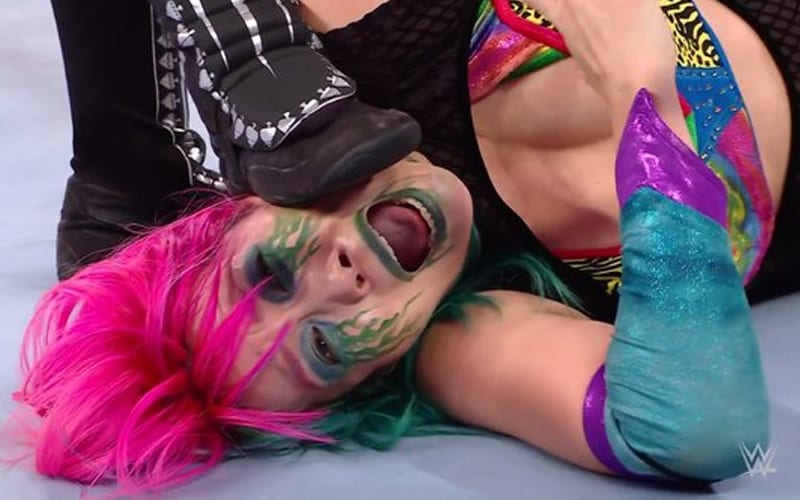 Asuka took a hard kick to the face from Shayna Baszler on RAW, and now the red brand’s Women’s Champion is out of action. A broken tooth is now the least of her problems.

According to the Wrestling Observer Newsletter, Asuka is out of action with a concussion. She might be fine next week, but you never know with concussions. This is not a good spot to be in on the road to WrestleMania.

Ringside News was first to exclusively report that Asuka is out of action. We had also heard at the time that she might have suffered a concussion, but that was not confirmed. This recent report certainly changes things.