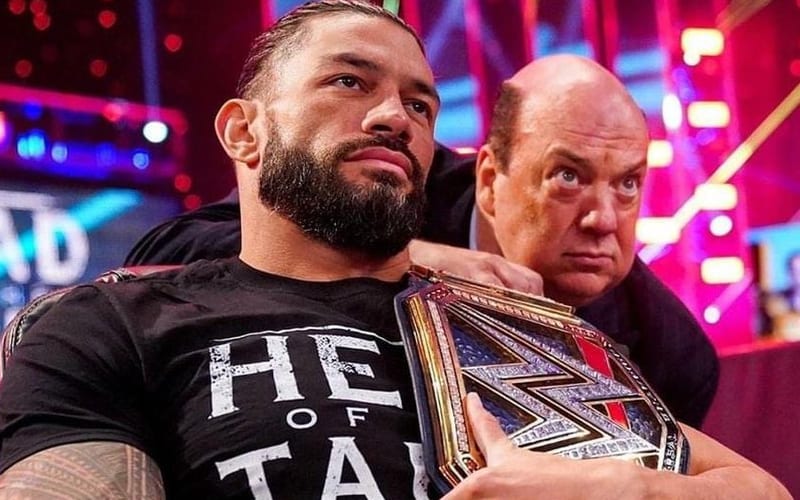 Paul Heyman led Roman Reigns to a Universal Title reign that is still going strong. He was also instrumental in bringing Jey Uso into the fold, but there’s more than one Uso.

Jimmy Uso has been out of action for a year with an injury. This caused WWE to bench the highly-decorated tag team. Then Heyman and Reigns found a great use for Jey Uso while Jimmy was injured.

During Talking Smack, Paul Heyman dropped a big tease that Jimmy Uso is ready to return. After all, there are two Usos in the set.

“Jey Uso, look at Jey Uso. He’s not just Main Event Jey Uso, he’s not just the right-hand man, he’s practically a secret service agent for Roman Reigns, for The Tribal Chief, for the end-all-be-all, for The Head of the Table, for the Universal Heavyweight Champion, for the main event of WrestleMania… which is why this morning I mentioned you. If you’re tired of it, if you want to protect that Championship reign, there is more than one Uso, and services are available.”

Jimmy Uso’s WWE return could very well happen soon. The road to WrestleMania would be a great time for the Usos to re-form and get back to business. This is an interesting situation, but Jey Uso will continue serving the Tribal Chief in the meantime.