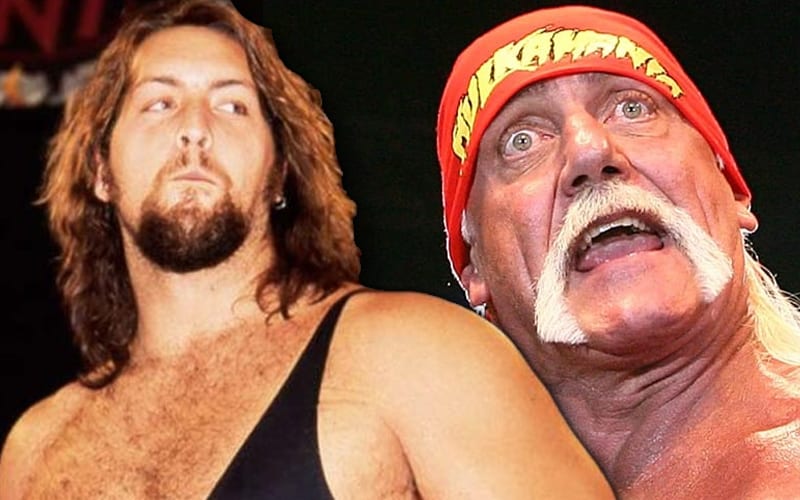 Paul Wight left WWE for AEW, but he started his career in WCW. This all came about when Hulk Hogan met him, and it was quite an experience.

During Oral Sessions with Renee Paquette, Paul Wight explained how he first met Hulk Hogan. Danny Bonaduce arranged for Wight to be his secret partner in some charity “match” against Hulk Hogan and Mr. T at a Chicago Wolves game. This led to The Hulkster meeting the future Big Show, someone he was already eyeing in the crowd.

“Mine was doing the morning drive with Danny Bonaduce in Chicago. So, we went in to do the show. And I told him I had always love wrestling. Maybe I could be one of those guys that could get beat up. And he said ‘oh I know Hulk Hogan! I’m doing this thing with Hogan and Mr. T. You can be my wringer!’ I said okay. It was at a Chicago Wolves game at halftime; Mr. T and Hulk Hogan vs. Danny Bonaduce and a secret partner. I think it was for charity thing. So Danny introduced me to Hulk that night.”

“It was funny cause I guess Hogan had seen me earlier in the crowd. He was elbowing Linda in the crowd saying ‘he looks like Andre!’ Hogan got moist immediately. Then he found out I was an athlete and I wanted to wrestle. I did the worse thing you could do which is an impersonation of a wrestler. Luckily for me it worked out. So I flew down to Atlanta to meet Eric Bischoff, and they offered me $700 a week to work at the Power Plant. And I was just blown away.”

The jury is still out on what Paul Wight will do for AEW, but he is very excited about the possibilities. It turns out that pro wrestling fans have Danny Bonaduce to thank for Wight’s legendary career.