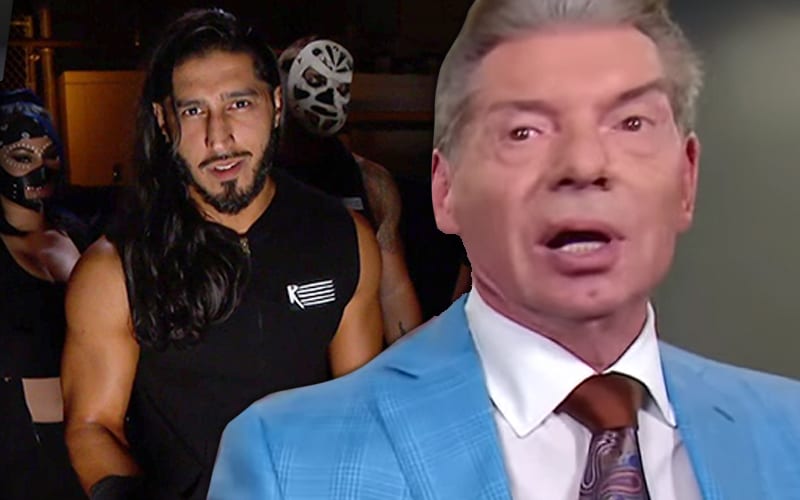 Mustafa Ali was placed as the leader of Retribution, a role that he has jumped into head-first. That position also requires him to cut fiery promos, but Vince McMahon didn’t believe that he had it in him at first.

While speaking to TV Insider, Mustafa Ali revealed that Vince McMahon didn’t believe that he could cut a promo at first. He then had to prove it to The Chairman by stepping up to the challenge.

“I can only speak of my experience with [Chairman] Vince McMahon and the creative team, but not really. You can always tell them what you’re capable of doing, or you can show them. The first time I told Vince McMahon I’m a talker, he didn’t believe I was. So I recorded my own promos. I record my own videos. It’s a lot easier to show them what you’re capable of doing than telling them. I’ve got a pretty good range in terms of saying the things I do.”

Mustafa Ali and Retribution are still carrying on as they travel down the road to WrestleMania. As of this writing, they don’t have anything booked for the invading faction, but perhaps a passionate promo from Mustafa Ali will change that situation for them.