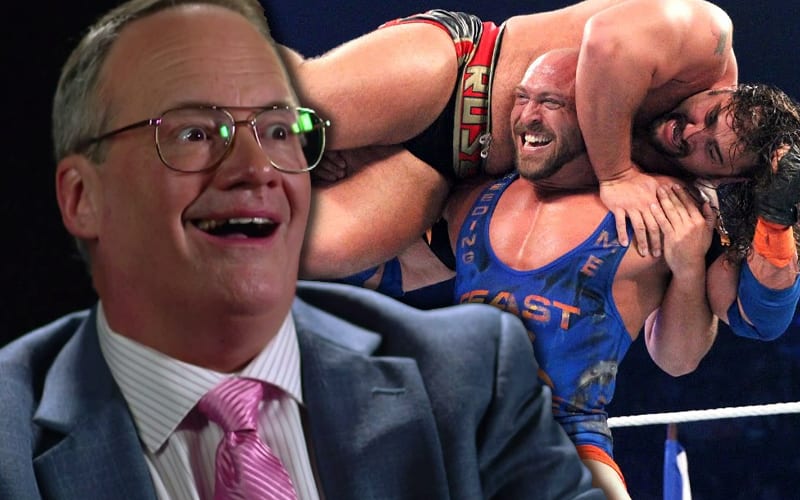 Miro threw some shade at Jim Cornette last night on social media, and that opened up a brand new can of worms for him. Cornette said some disrespectful things about Penelope Ford, but that was just the beginning.

One fan tweeted back to Cornette to ask if Miro is turning into Ryback. After all, Ryback has been known to start his share of online beefs.

Cornette replied to this tweet and said that Miro isn’t even as talented as The Big Guy. Then he compared him to Walmart’s generic brand of products.

No, he’s not even THAT talented. Just a Great Value brand Ryback on the generic brand show.

Kip Sabian said that people will rejoice at Jim Cornette’s funeral. Then his wife Penelope Ford stood up for herself and brought allegations that Cornette is a cuck into the situation. That didn’t seem to help matters.

Cornette also returned fire to thank Miro for helping him trend all night on Twitter. If Cornette had never struck a nerve with Miro, odds are we wouldn’t be talking about him today.