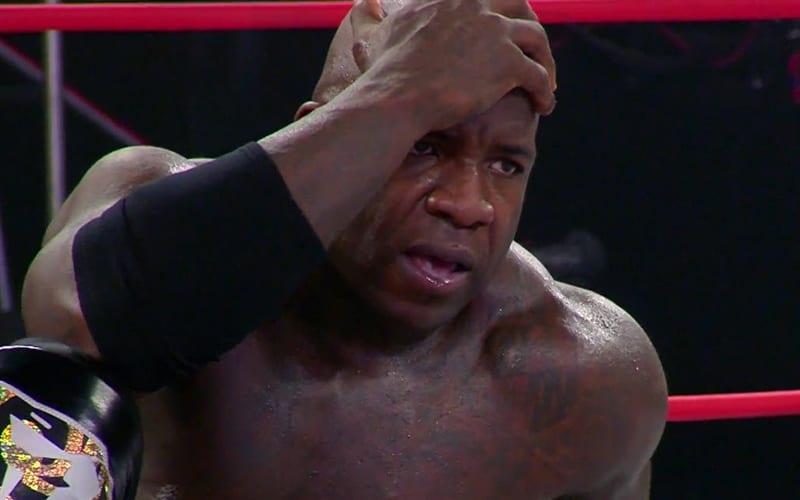 Moose and Rich Swann battled in the main event of Impact Wrestling’s Sacrifice event. This was an intense contest and fans got their money’s worth. In the end, Moose was unable to become the Unified World Champion, and now he needs some time off.

Following his loss, Moose took to Twitter. He said that he proved that he is the best Big Man in pro wrestling. He also needs some time off to reevaluate things and rebuild for a bigger future.

Tonight I proved that I’m undoubtedly the Best Big Man in professional wrestling and one of the best wrestlers In the world. I came short of becoming the undisputed champion. Will take time off to reevaluate the past Rebuild Refocus Rebrand and think about the Future.

Details about Impact Wrestling contracts are sometimes a bit harder to come by, but as we previously reported, Moose’s Impact Wrestling deal is reportedly up this Summer. As of this writing, we have not heard that the two sides have reached a new deal.