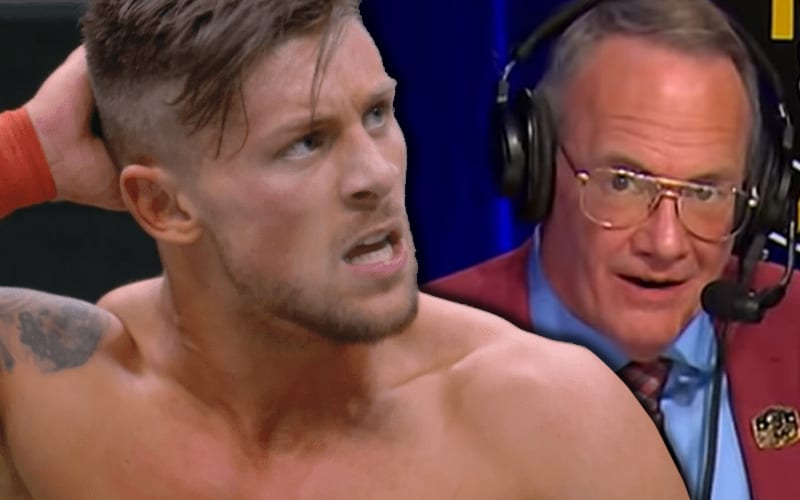 Jim Cornette didn’t have many nice things to say about Miro and Kip Sabian’s match at Revolution against Orange Cassidy and Chuck Taylor. You can click here to hear exactly what he said to drum up so much controversy.

Miro reacted in ager at what Jim Cornette had to say. It also enraged the Internet Wrestling Community, causing their names to trend.

Legit @TheJimCornette is a total all talk wet lettuce, his funeral is going to be a joyous occasion.

I’ll be riding shotgun. Although we will let her kick beat the piss out of him. Just like he watches his wife, right captain cuck @TheJimCornette

We’ll have to see if Jim Cornette fires back. Those comments really struck a nerve in the fan base. As of this writing, Cornette hasn’t responded, but he could be saving it as more material for his podcasts.