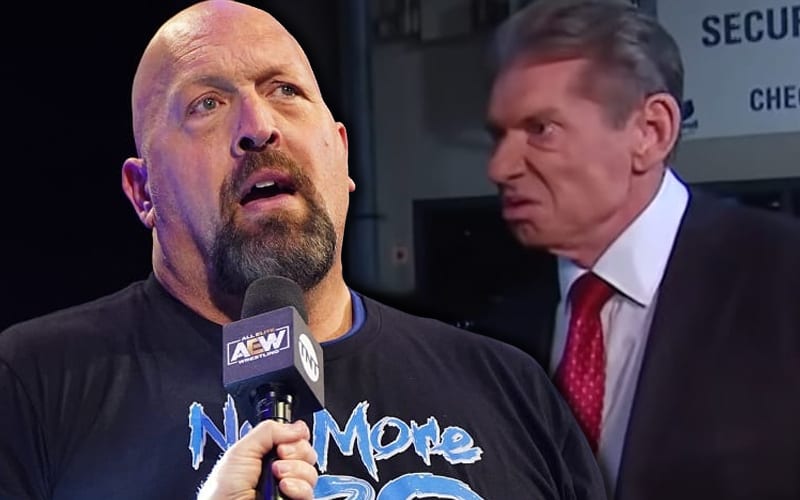 WWE had Paul Wight for over twenty years, but he is now with AEW. The former Big Show is excited about what the future brings for him, but he doesn’t want to take all of the lessons he learned in WWE with him to his new company.

While speaking to Oral Sessions with Renee Paquette, Paul Wight explained what he wants to do for AEW. He also wants to make sure that the same “competitive shark tank environment” isn’t something he pushes for. That works in WWE because Vince McMahon wants confrontation, but AEW has a much different atmosphere.

“At the same time I learned so much by working there like how to do things and how to be an entertainer and psychology and all that stuff. These are tools I can help younger guys with, not necessarily that style of philosophy, because the environment over there is created to be a very competitive shark tank environment. It’s done that way by design because the guy at the top is a fighter. That’s what he does. He wants confrontation. He wants people thinking about the product as much as he is and he wants to make sure all the dogs running in his pack are going the same way starving for every scrap, ‘you can’t be afraid to step on toes!’ That’s a great environment, but sometimes it isn’t conducive for being as creative as you want it to be, because when that one man has the vision that’s the one vision that’s mandated and followed, you know you’ll have different insight, even if it’s not about yourself if it’s about a different talent and you want to help him.”

We’ll have to see what Paul Wight can do for AEW. There are a lot of big men in the company who could benefit in a big way by learning from him. There are also a few “dog eat dog” lessons that Wight might keep in his back pocket for now.