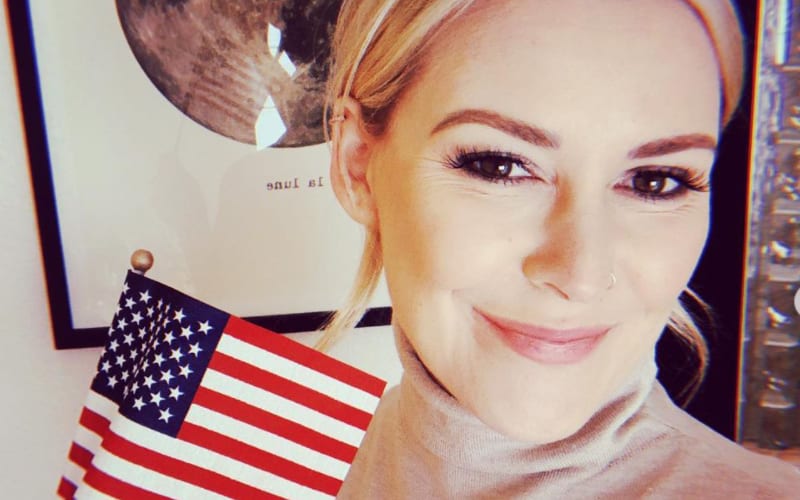 Renee Paquette, former WWE announcer Renee Young, was purely a Canadian while she was with Vince McMahon’s company. She even revealed that visa issues were a constant worry for her. Now those worries are over.

Paquette revealed that she is now an American citizen. She said that the 4th of July is going to “go off” next time around. There will be plenty of beer and tons of hot dogs.

This is a big event for Renee Paquette, and we’re happy for her. Now her and Jon Moxley’s daughter will have two American parents. She didn’t reveal if this is a full citizenship, or if she’s now claiming dual citizenship with Canada. No matter what, Paquette will always be a soft spot for Canada.