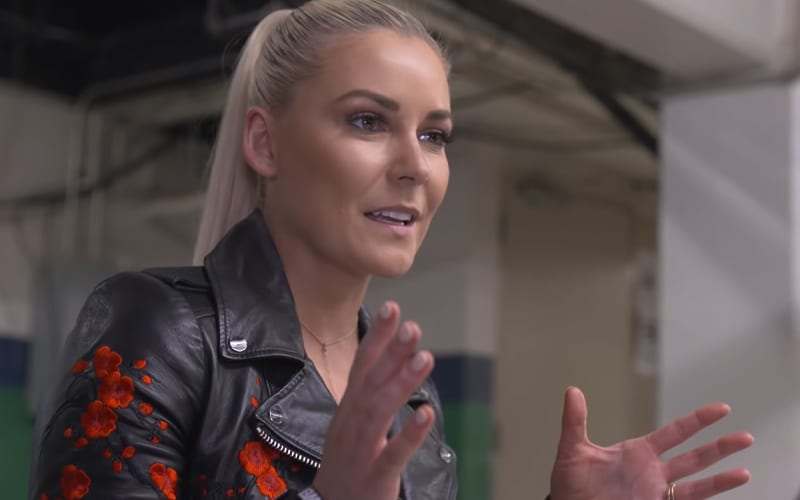 WWE will often help their staff secure a green card if they need to work inside the United States. This is something that Renee Paquette had to deal with and it was always hanging over her head as well.

While speaking to Insight with Chris Van Vliet, Renee Paquette revealed that there were some tough times when it came to getting a visa and green card. WWE helped her with that, but it also meant she couldn’t leave the company.

“It was always a damper on things, like ‘oh my god, how am I going to get this going?’ So, when I got the job with WWE they’re like, ‘we’ll take care of all your visa stuff. You don’t have to worry about that, we’ll do it.’ So, they got me my visa and my green card. They did all that.”

“That was always a thing that kinda made me nervous about leaving or even looking into doing something else. I was like ‘what if I don’t get my visa or my green card or I don’t get a job fast enough and then I’ll just have to go back to Canada, and then what do I do? That was something that kinda always hung over my head. I would think about that all the time.”

Renee admitted that there were times while she was dating Jon Moxley that her green card was rejected. He would joke, “well, I guess you’re just gonna have to marry me.” She didn’t marry Moxley for a green card, but he did joke about it.

“That stuff was something honest probably led to me probably being there longer than I might have.”

WWE helped Renee Paquette secure a visa and green card, but there is a catch to that. When you are sponsored by a company for a green card, you can only work for the company that sponsored that visa. This was certainly something that Renee Paquette had to take into consideration when she thought about leaving WWE. It also apparently kept her there for longer.