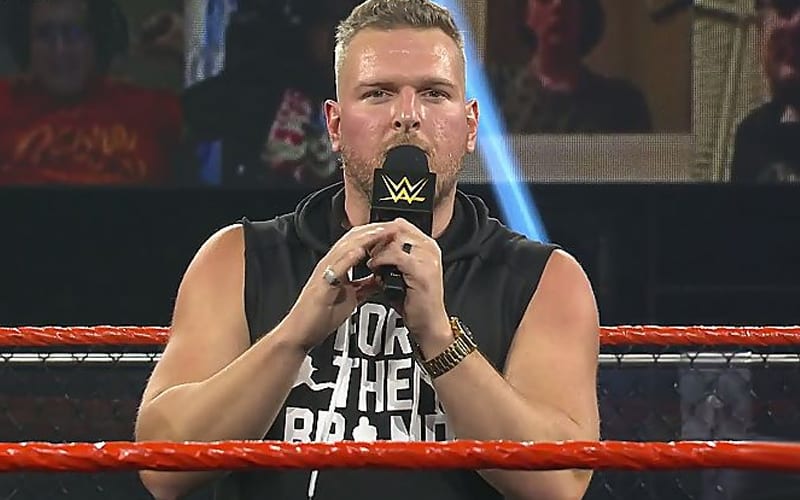 Pat McAfee impressed many with his in-ring performance during his time in NXT. However, he hasn’t been seen since NXT Takeover WarGames last year.

While speaking on joined 10 Questions with Kyle Brandt, McAfee was asked about possibly making an appearance at WrestleMania 37.

McAfee said he definitely is open to the idea of returning at WrestleMania. However, McAfee isn’t sure whether he can make it.

“That be dope. That be pretty cool. Just like the NFL thing though, now that I’ve gotten a chance to do it… I have so much respect for anyone who’s ever wrestled. The amount of work and amount of buy in to be a successful wrestler, especially to be a WWE WrestleMania guy; that’s a lot.

The goal is for people to remember something as epic, but I’m not sure I’m tough enough for a ‘Mania like run or my schedule that could allow me. But that would obviously be insane if I were at a WrestleMania.”

We will have to see whether Pat McAfee will make his return at WrestleMania 37.