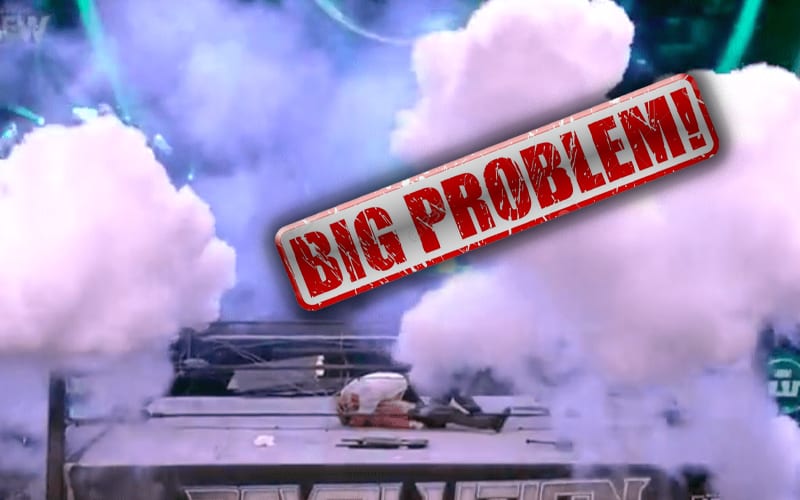 AEW’s big exploding barbed wire deathmatch didn’t have the boom at the end that was promised. Tony Khan might have played it off as cool, calm, and collected after the event, but some people were in trouble over it.

According to Fightful Select, the third party responsible for the explosions at Revolution “brushed the situation off and were not very apologetic about the way that things went down.”

We previously reported that Kenny Omega was livid, and this report confirmed that as well. There is some “significant heat” on the third party responsible for the dud explosions, especially since they didn’t act like they cared much.

One wrestler joked with us that they wished the rigging crew would have got that kind of heat during the main event segment instead, and they wouldn’t be in this situation.

AEW used the dud explosion a couple of times throughout the night on Dynamite this week. You can click here for our full coverage.

The company might not be too willing to hold another exploding barbed wire deathmatch, especially after the way the last one ended.