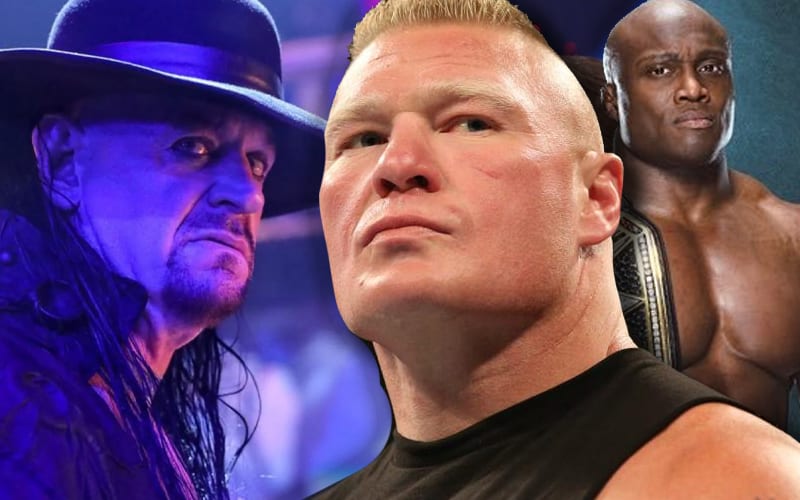 For a long time now, WWE Champion Bobby Lashley has called out Brock Lesnar and let everyone know that he wants to squared off against The Beast in a singles match.

Recently, Hurt Business leader MVP took to Instagram and uploaded a photo of featuring Bobby Lashley and Brock Lesnar, teasing a potential match between the two in the future.

Now it seems in an interesting turn of events, an unexpected WWE legend decided to share his views on the potential match between Lashley and Lesnar.

The Undertaker saw MVP’s post on Instagram and decided to comment a lot of dollar-bill emojis on the post, indicating that The Deadman thinks Bobby Lashley vs Brock Lesnar will be a big-money match.

Ryan Satin took a screenshot of The Undertaker’s comment, as seen below:

It is unlikely Bobby Lashley vs Brock Lesnar will be happening anytime soon as Lesnar hasn’t been seen on WWE television since WrestleMania 36.