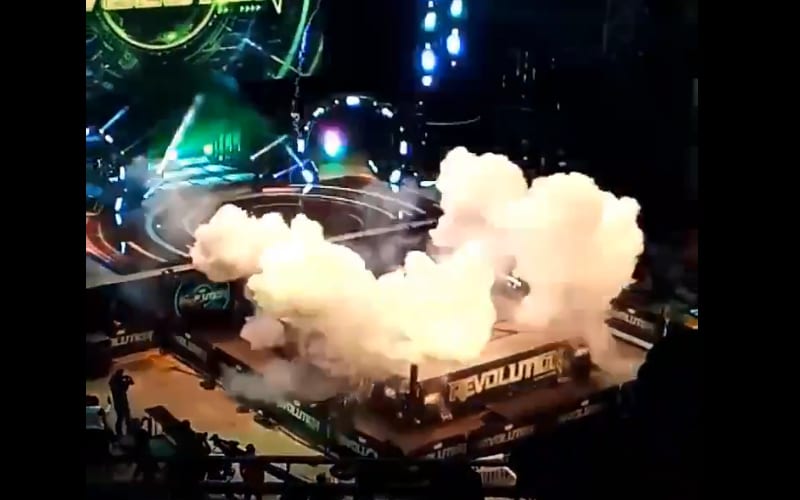 AEW Revolution didn’t end the way that a lot of fans expected. There was supposed to be a big boom, but those left in Daily’s Place and around the world were left waiting for more.

AEW did a good enough job masking the boos from the crowd at Revolution during the pay-per-view, but fan video of the event cannot be doctored at all. As you can hear from the fan footage below, fans were not happy.

The lackluster explosions around the ring caused a chorus of boos to ring out. Others chanted that they wanted a refund. This was not the way that AEW wanted their big dramatic moment to turn out at all.

Tony Khan later said that AEW is turning the dud ending into a storyline. It’s all he can do at this point, because fans were not happy at all about the failed delivery at the end of Revolution.