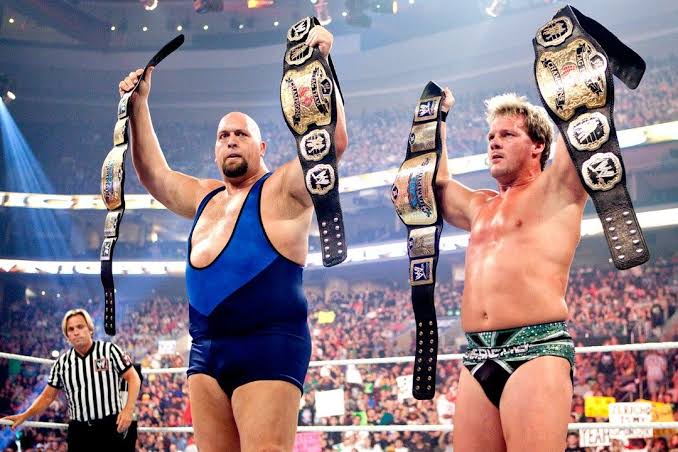 ‘Big Show’ Paul Wight shocked the pro wrestling world when he made his way to AEW recently. On top of him doing color commentary, Wight will also compete in the ring.

During the post-game media scrum after AEW Revolution, Paul Wight talked about who he wants to have a program with in AEW. While mentioning the likes of Kenny Omega and others, Wight revealed that he wants to team up with Chris Jericho again.

Paul Wight and Chris Jericho had a tremendous run as a tag team in WWE back in 2009. They became the unified WWE Tag Team Champions during their time as a team.

With Wight being interested in teaming up with Jericho again, we wonder whether he will join the Inner Circle.