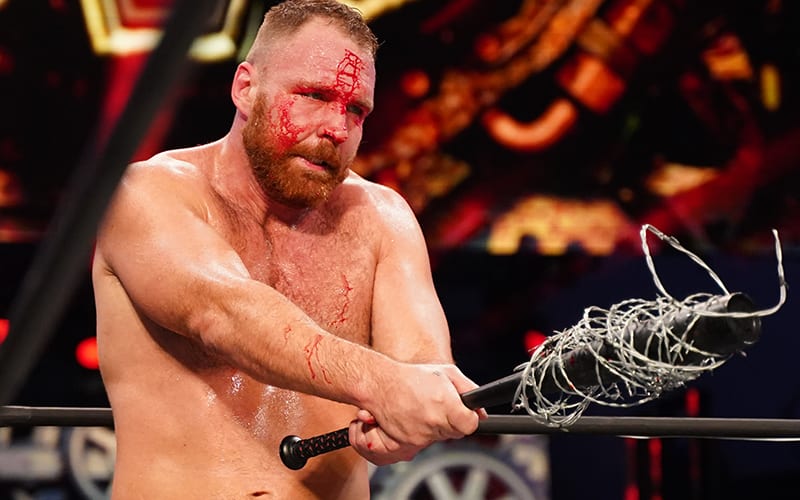 AEW Revolution will feature a barbed wire deathmatch for the AEW World title. This match will see Kenny Omega defend the AEW World Title against Jon Moxley. The AEW roster’s top two talents will square off in that match, and Moxley says they’re the best around right now.

DAZN recently spoke to Jon Moxley where he explained why he and Kenny Omega are the two best wrestlers in the world. They will throw down at AEW Revolution, and then the world will know who is really the best.

AEW isn’t presenting Moxley and Omega as anything other than who they are. They’re not held back creatively either which could give them a lot of dangerous possibilities in an exploding barbed wire deathmatch.

“There are some things you can’t do on regular television, but that’s about it. As long as I’m not going out there swearing or whipping my dick out, I can pretty much do whatever I want creatively. I wouldn’t need to anyway. You’re getting the best version of Kenny Omega, the best version of Jon Moxley on a weekly basis on Dynamite. I don’t think anybody’s doing it at a higher level than me and Kenny are right now. We’re both in our prime, both at our peak, both just really hitting on all cylinders.”

“We’re in a position with AEW where we just get to go out there, be given the ball, and get a chance to score touchdowns on a weekly basis. Nobody’s doing it at a higher level than us two right now.”

We will have full coverage of AEW Revolution right here at Ringside News. According to Jon Moxley, two best wrestlers in the world will battle in the ring. We will have to see who is able to overcome this insane match stipulation and walk out of Revolution with the top prize in AEW.