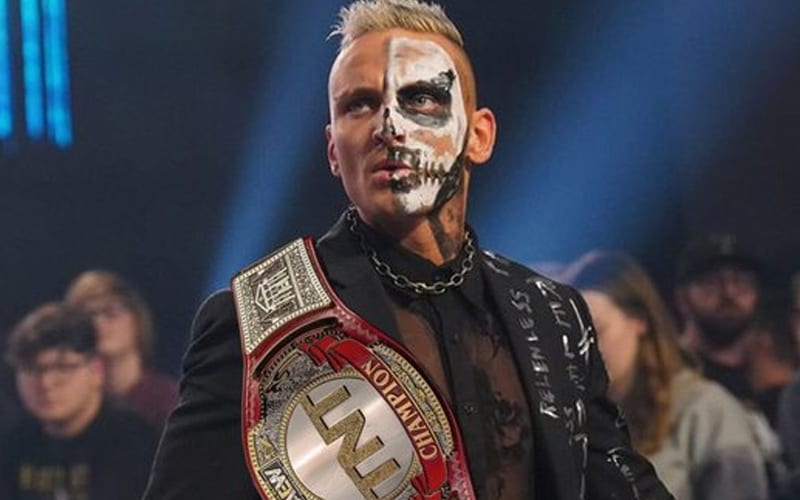 Tony Khan calls the shots in AEW, and he wants champions who can defend their titles. Darby Allin has a big match at AEW Revolution, but his TNT Title isn’t on the line.

Darby Allin is teaming with Sting to take on Brian Cage and Ricky Starks at Revolution. Their street fight match will likely be cinematic, but a lot of risk could be involved.

Cody Rhodes, Scorpio Sky, Penta El Zero Miedo, Lance Archer, Max Caster, and a mystery participant will also compete in a Face of the Revolution ladder match during the pay-per-view. Tony Khan revealed on AEW Unrestricted that the winner of that match will get an AEW TNT Title shot on March 10th.

Khan also made it clear that if Darby Allin is injured in his street fight and he cannot defend the TNT Title, then he will be stripped of his title.

We’ll have to see how things pan out, but Darby Allin has been a fighting champion so far and that’s not likely to change. It’s still interesting that Tony Khan made a point to talk about stripping champions of their titles if they cannot defend them.