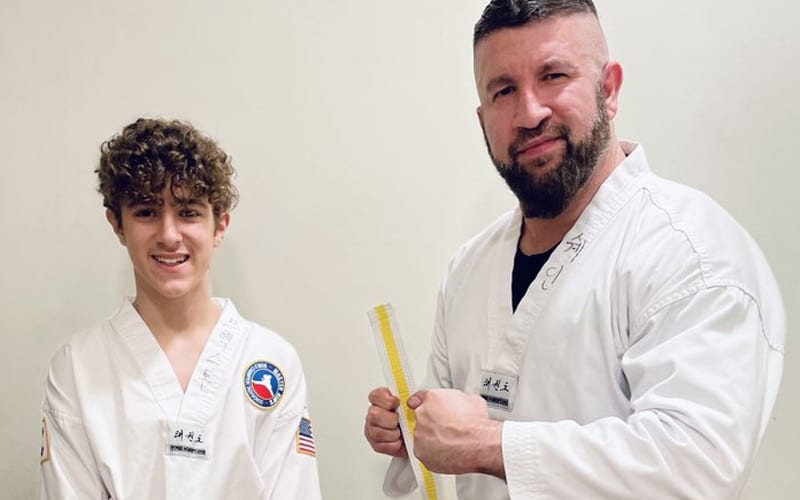 Shane Helms doesn’t wrestle anymore, but he can still put on the Hurricane costume when he’s needed. His last appearance was during the Royal Rumble match, and he recently achieved a new goal.

Helms was happy to announce that he and his son Braxton are now both yellow belts. His son got his belt a bit before Hurricane because he had to take a break after the Royal Rumble, but now Shane Helms is right there with his son.

New Belt, who dis? Both Braxton and I passed our belt tests. He got his last week, I had to miss a few classes cuz of getting banged up at @wwe Royal Rumble but was able to take my test last night. Thank You Master Kim, Master Lee and everyone in our class.

Earning a belt isn’t easy to do in combat sports. This is a big accomplishment that can take a long time to achieve. It certainly took a lot of work. Congratulations to Hurricane and his son from everyone here at Ringside News.