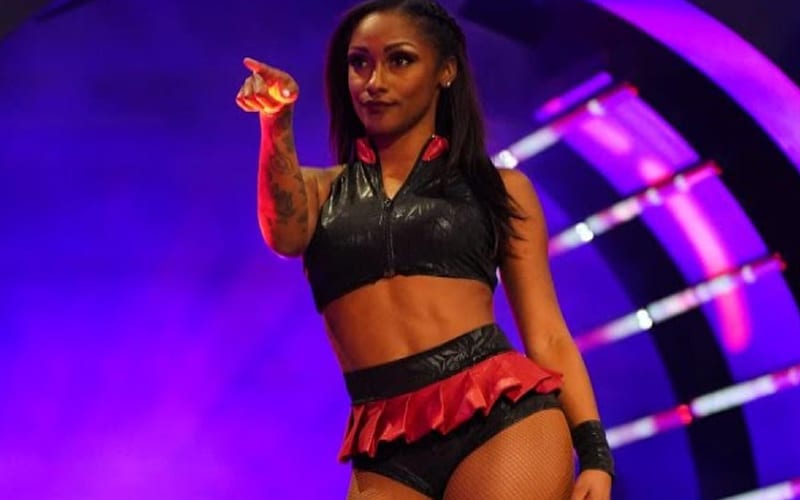 Shaquille O’Neal is preparing for his in-ring debut. Shaq will team with Jade Cargill to take on Cody Rhodes and Red Velvet on Dynamite this week. That mixed tag team match will be a big deal during the go-home show before Revolution.

AEW Unrestricted recently invited Red Velvet onto the show as a guest. She is trying to not let the pressure of her upcoming match get to her head. This is the biggest opportunity of her career so far and she wants to make a huge statement in the process.

“Of course, in-ring training, just keep my cardio going, and mentally, I’m trying to get myself ready because it was a big thing to not let myself get caught up in how big this match is going to be, or who’s in the match or how much attention the match is going to get. So I’m trying to really just mentally disconnect from all of that and just focus on the task at hand, and that’s to put all that anger that I have built up towards Jade in the ring to get that win and make a huge huge statement because the majority of the world is already thinking that I’m at a disadvantage due to the height, but that’s always the case with me.”

“I think I’m very underrated and always, I don’t want to say take it for granted, but I’m always the underdog. That just makes the story better and the comeback better. So just trying to get myself all prepped up. She’s a great athlete, body is impeccable. So that’s the first thing people see, and they’re like, ‘Oh, you don’t stand a chance,’ but I’ll show them what I’m really about.”

Shaquille O’Neal has teased involvement in pro wrestling for quite some time now. Things didn’t work out in WWE, but he is performing for AEW. We will have full coverage of the special “Crossroads” episode of Dynamite right here at Ringside News.