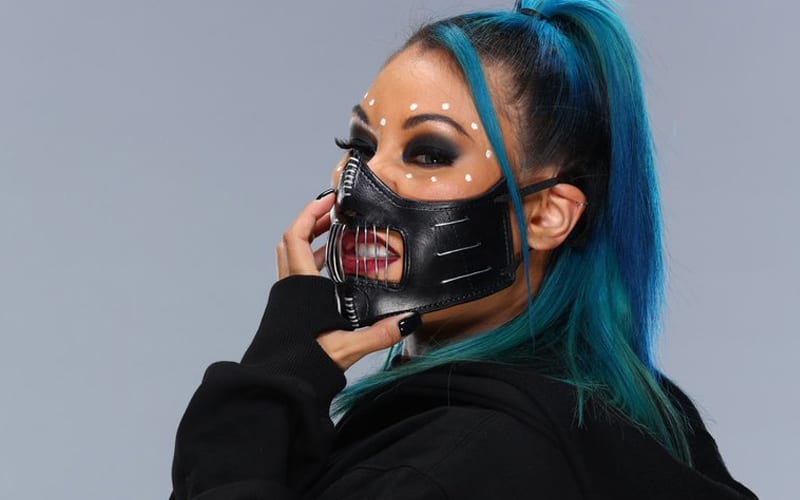 WWE’s Women’s Evolution brought women’s wrestling to the forefront, and Reckoning wants to be a major player in WWE. She also has to deal with a few haters along the way.

The Retribution member recently posted a photo of herself to Twitter. Her caption said: “Let me loose on em.” This was seemingly a cry for WWE to let her actually compete in the women’s division.

One fan replied to Reckoning by saying: “Get rid of that nasty looking mask and act like a woman!” That was not received too well.

Reckoning saw this appear on her notification and she had to respond. “Act like a woman? Lol ok,” she said along with the emoji of an extended middle finger. Obviously, you can’t tell Reckoning what to do.

Reckoning is Mia Yim, but WWE put her in a mask and changed up her name upon her call-up to the main roster. We’ll have to see what she can accomplish in WWE, but the company might want to let her wrestle so she can prove it.