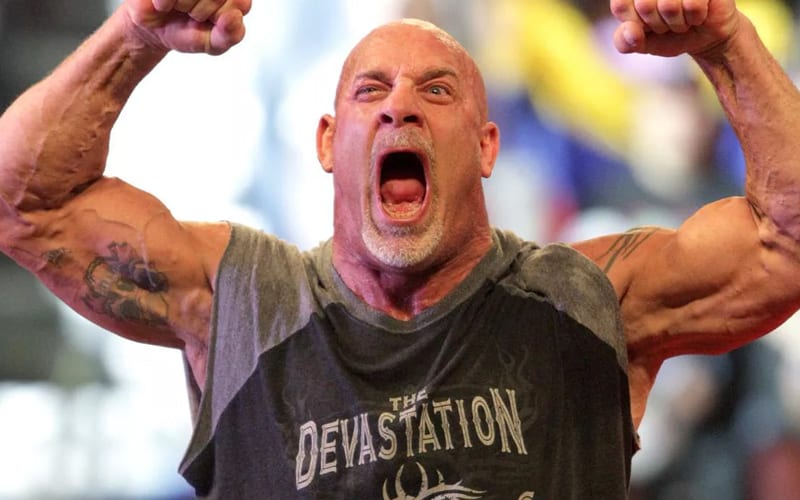 Goldberg hasn’t been announced as a part of WrestleMania yet, but it might not happen due to his current contract. Vince McMahon can only use him one more time this year, so it must count.

WWE and Goldberg have a very limited agreement, and he told The Pop Culture Show that he has a very few number of matches with the company through 2023, two per year.

“I’ve exhausted my limit this year [2020] quite early on April the fifth with WrestleMania under these really weird circumstances. My WWE commitment is still going strong at 53. I never would’ve imagined especially after making fun of Flair when he was doing it in his early 40s.”

Goldberg wrestled Drew McIntyre at the Royal Rumble, and that means he has one more match in 2021. WWE and Goldberg could always work out more appearances, but that seems to be the current deal.

If Goldberg does wrestle at the show of shows this year then that will likely be the last time fans will see him lace up his boots until 2022.