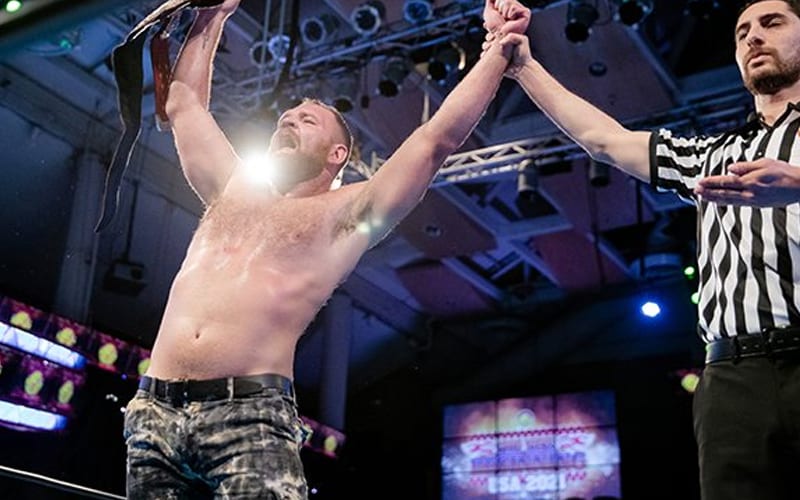 KENTA waited a long time to get his hands on Jon Moxley with the IWGP United States Title on the line. He will have to wait even longer to get another shot now after tonight’s defeat.

Moxley and Kenta faced off in THE MATCH tonight on NJPW Strong. In the end, Moxley reigned supreme and defeated KENTA. This secures Moxley’s reign for even longer.

The Forbidden Door between NJPW and AEW will also likely continue to remain open. There are a lot of possibilities, and Jon Moxley will remain the IWGP United States Champion.

Now Moxley can focus on his next challenge as he faces Kenny Omega in an exploding barbed wire deathmatch at AEW Revolution on March 7th.