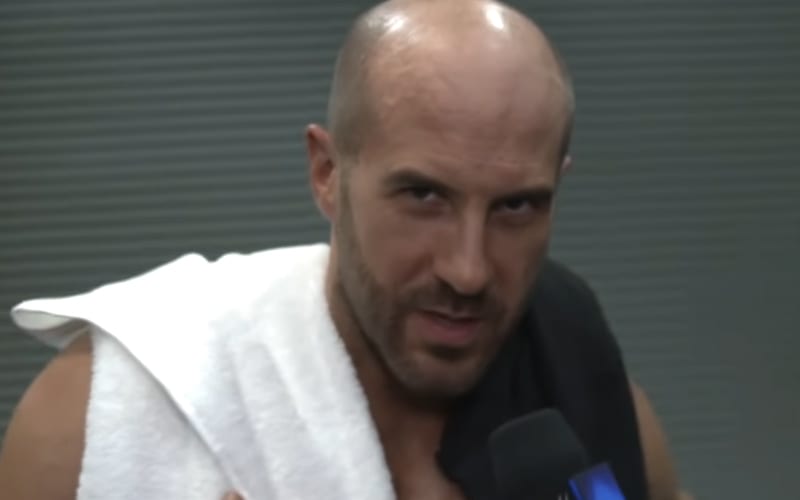 Cesaro signed a new contract with WWE, and that came with a bit of a push. He is getting a spotlight, and plenty of fans are all about it. The Swiss Superman did not win at Elimination Chamber, but a number of fans really wanted him to.

During the Wrestling Observer Newsletter, it was noted that WWE could still factor Cesaro into a big match on the road to WrestleMania. Fastlane is open right now, and no match has been booked for Roman Reigns. There is also a concern that fans might not see it as believable that Cesaro could win at this point.

Reigns is facing Edge at Mania, which either means no title match for him until then, or they do something to pay off Reigns vs. Cesaro with the idea Cesaro could win and Edge would face him, although I don’t expect people would take that so seriously.

Roman Reigns is an incredibly dominating champion and it would take a lot to get the Universal Title off of him. Cesaro certainly has the determination that it takes to push the Tribal Chief to his limits, but we’ll just have to see what Vince McMahon decides to do in this situation.