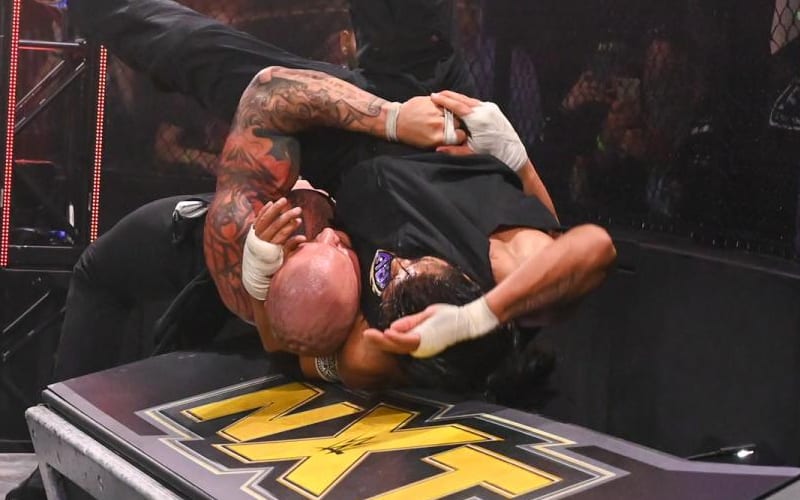 Karrion Kross demolished Santos Escobar during the final match of NXT this week. That match was a brutal display, but Santos loved it.

Following his brutal loss to Karrion Kross, Santos Escobar said that he loves a good beating, because he’s a villain. He is also still NXT Cruiserweight Champion even after suffering such a definitive defeat.

I AM A VILLAIN, I [heart emoji] a good beating, don’t care which end I get, as long as it’s ug-lee, ya think ya dominated? ya trippin, you just won… no monster, no super-natural freak, you 2 can fall, and me, Still the leader, still the emperor, still a bada$$…still #LegadoDelFantasma

We’ll have to see what’s next for Karrion Kross and Santos Escobar. They had their match, and now they could be on different paths. Kross certainly seems to have his eye on the NXT Title, and he put Edge on notice as well. We’ll just have to see how long it takes to get him back up on that mountaintop.