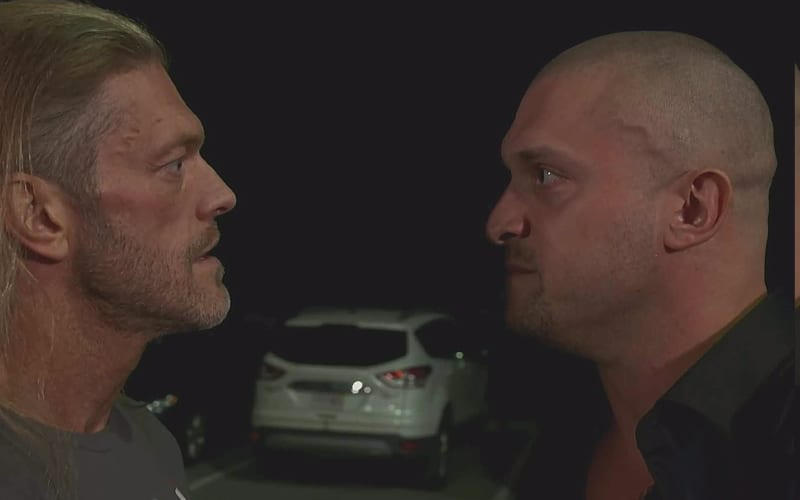 WWE Hall Of Famer Edge returned at this year’s Royal Rumble pay-per-view and eventually went on to win the whole match, guaranteeing his spot in the main event of WrestleMania 37.

While being interviewed by FOX Sports, NXT star Karrion Kross was asked how “desperate” he is to square off against Edge in singles competition after their recent encounter on NXT.

Kross mentioned that he would “love to put him through a wall,” and added that it is inevitable at some point.

“Oh, I would love to put him through a wall! Yeah. Yes. I feel like that’s going to be coming at one point in our — the reaction that he and I got from people seeing that encounter, there is an interest there … and I think, at some point, we’re going to revisit that, and it’s going to be very violent.”

Edge will be challenging Roman Reigns for the WWE Universal Championship at WrestleMania 37. We will have to see whether Edge can beat the Tribal Chief.