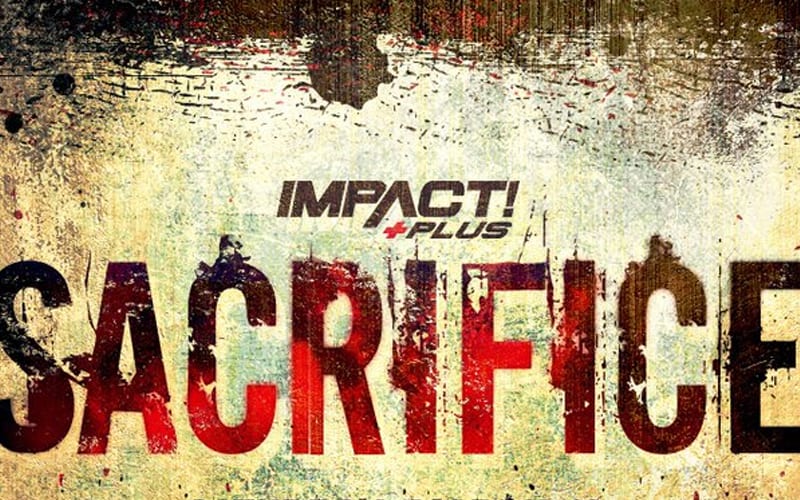 Impact Wrestling’s next special on their Impact Plus streaming platform is coming on Saturday, March 13th. Sacrifice will be here before fans know it, and the company got started on building the card in a big way this week.

It was revealed during Impact’s weekly AXS TV show that Rich Swann will defend the Impact World Title against Moose. This match is a long time in the making.

The Knockouts Tag Team Titles will also be defended as Fire ‘N Flava defend against Jordynne Grace and Jazz. The challengers clinched their title shot on this week’s episode.

We’ll have to see what else Impact Wrestling has in store for Sacrifice. As of this writing, they have no AEW stars booked for the special.

You can check out the card (so far) below.