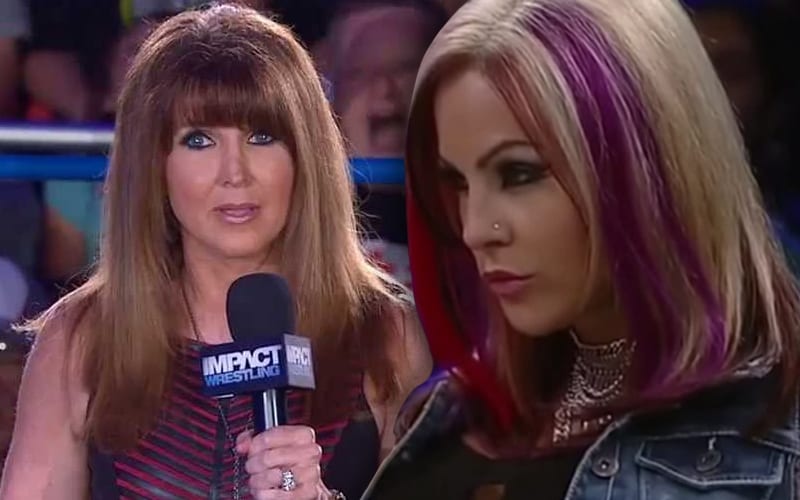 Dixie Carter and her family’s money kept TNA afloat for a number of years. That doesn’t mean everyone was a fan of her backstage.

During The Beautiful Podcast, Velvet Sky unloaded about her feelings regarding Dixie Carter. She didn’t go out of her way to be mean to Dixie, but she wasn’t going to sugar coat things. Sky then said that Dixie Carter was a vile person and she was there to supply the money.

“There’s this huge misconception of her that she’s so sweet. I’m not hating on her because people are like, ‘Well, if it wasn’t for her, there would be no TNA.’ Yea, good, she served her purpose. She was the money person and I give her props for that. But, the way she treated people, I’m sorry. I’m real. I see through the bullsh*t. I’m not an a*s kisser. There were a lot of people in the company, male and female, that did kiss her a*s. I was not one of them.  You were not one of them. I did not give a f*ck if she liked me or not. I was contracted under Jeff Jarrett. Jeff Jarrett signed my contract, not Dixie Carter. I don’t have to do sh*t to appease her. I wasn’t a bitch to her. I didn’t go out of my way to be a bitch to her. If we were face to face it would be like, ‘Yes, hello. How are you?’, out of respect because I’m not a disrespectful person. She was just vile, that’s all.”