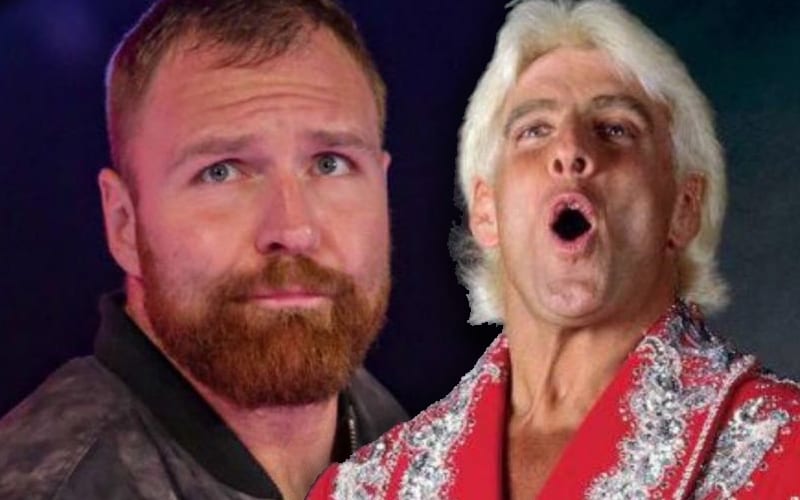 Ric Flair is a very interesting person to have around, and he is known for his styling and profiling ways. The Nature Boy can also throw back his share of alcohol, and this is a well-documented fact.

Metro recently spoke to Jon Moxley when he discussed a time with Ric Flair that he won’t soon forget. The two were apparently enjoying some late-night drinks at an airport when things popped off and the police had to get involved. This was an incident that Moxley says The Nature Boy blamed him for.

“I’ve been very blessed to transport myself into the universe that I watched and wondered over as kid. Sometimes I have to be like, “what the hell is going on? How did this become my life?” But it’s pretty cool!”

They say that you should never meet your heroes. That is sometimes the case, especially if they’re going to blame their drunken arrests on you.