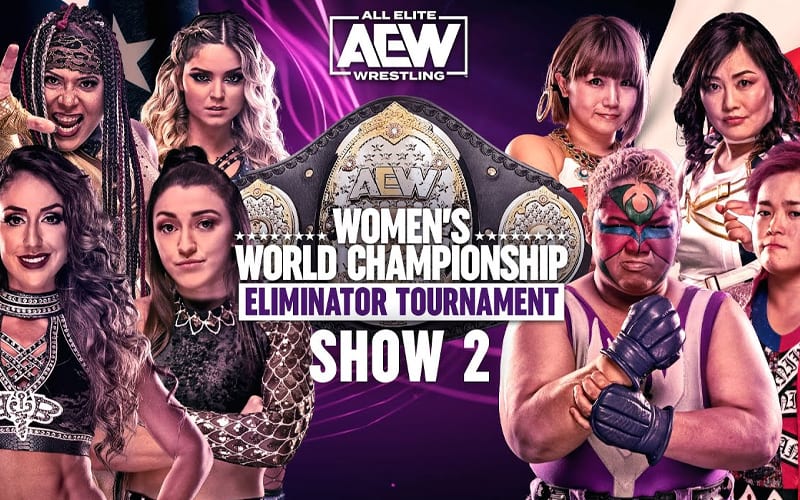 AEW’s Women’s World Title Eliminator Tournament continued today on YouTube. They presented another special with second round matches that took place in Japan at the Ice Ribbon Dojo. They also included matches from the American side of the tournament.

Click here for our results from last week’s episode of the AEW Women’s Title Eliminator Tournament.

AEW presented four matches during the Monday YouTube special. Nyla Rose also took on Tay Conti. In the end, Rose defeated Conti to move on in the tournament as well.

In the Japanese matches on the show, Yuka Sakazaki took on Emi Sakura in a lengthy match. Yuka was outnumbered as Emi Sakura brought her students to the ring with her, but she pulled off the win with a roll-up. That means Yuka Sakazaki will advance in the tournament.

The final match of the show saw Aja Kong take on Ryo Mizunami. This was a hard-hitting match and Ryo Mizunami won to advance to the semi-finals where she will face Yuka Sakazaki.

Dr. Britt Baker also took on Madi Wrenkowski, who filled in for an injured Anna Jay. Baker won that match and will advance in the tournament. Click here for a huge spoiler on how everything is set to end for the American side of the tournament.