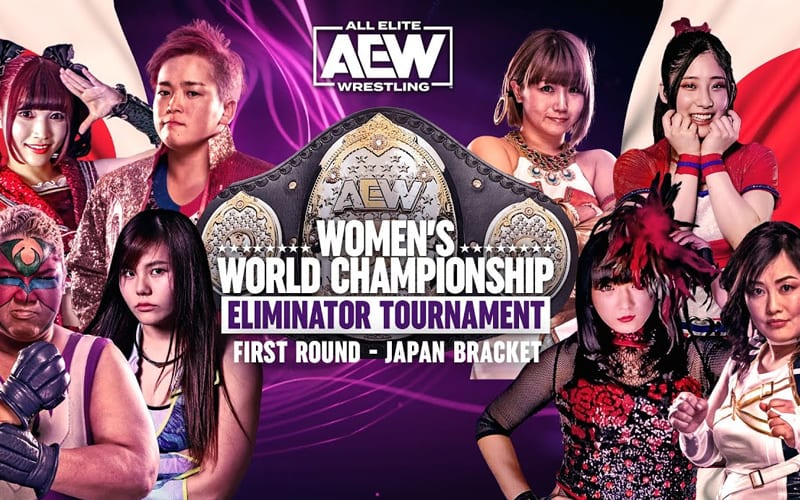 AEW is holding a Women’s World Championship Eliminator Tournament, and half of it took place in Japan at the Ice Ribbon Dojo. The company aired four of those matches on Monday.

The first round of the Japanese side is in the books and we have the winners. This is your official spoiler warning. You can check out the video below to watch it yourself.

Yuka Sakazaki defeated Mei Sugura. She will face Emi Sakura, who defeated Veny in the opening round, in round two of the tournament.

Ryo Mizunami defeated Maki Itoh, who was a favorite for some because she took shots at Jim Cornette. Aja Kong won the main event match against Rin Kadokura.

You can check out the updated brackets below.