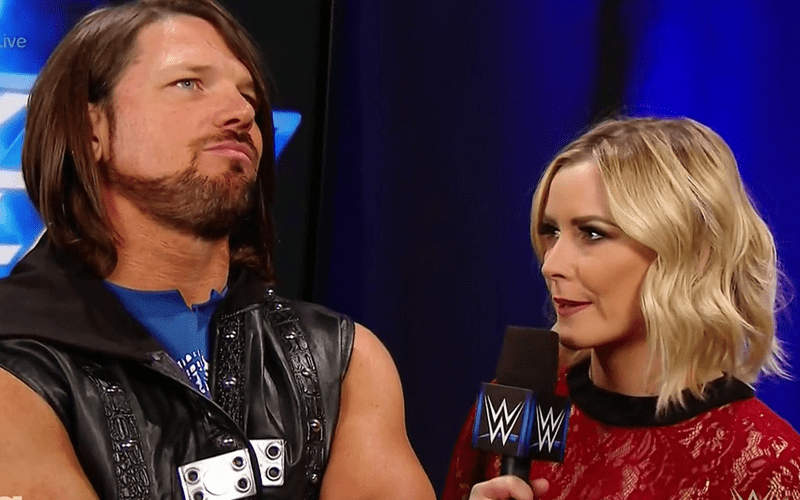 Before leaving WWE last year, Renee Paquette worked as Renee Young. Her last few months in the company featured working on FOX’s WWE Backstage show, where a variety of guests would appear weekly.

WWE on FOX’s official Twitter handle recently posted a short video from an episode of the show prior to WrestleMania 36. AJ Styles made an appearance on that episode and had an interesting interaction with Renee Paquette when he came.

AJ Styles and Renee Paquette delivered soft punches to each other and blocked them with their palms, before they hugged. Renee Paquette commented on the clip and revealed an interesting fact about the interaction.

Paquette revealed that she busted open AJ Styles’ palm during their ”secret handshake.”

AJ Styles went on to have a Boneyard match with The Undertaker at WrestleMania 36, which ended up becoming The Deadman’s final match in his career.