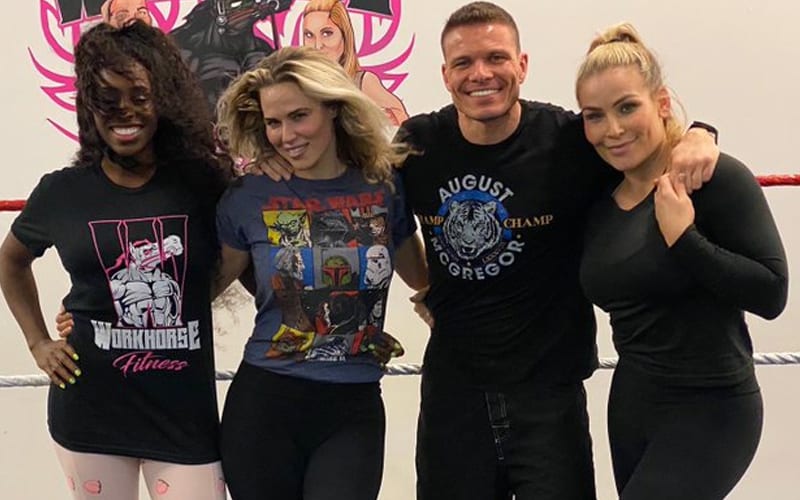 Lana has worked hard to be the best she can in the ring. She hasn’t passed on any opportunity, no matter how many bumps through the announce table it takes. There are a few people who she wanted to especially thank for helping her along the way.

The Ravishing Russian sent out a message to TJ Wilson, Natalya, and Naomi for all of the help they have given her. There were times when she didn’t even believe in herself, but Lana was pushed to continue the work.

I can’t express my gratitude enough to @TJWilson @NatbyNature @NaomiWWE . They all have believed in me in times that I barely had enough strength to believe in myself. I can’t believe I get to learn & train with some of the best wrestlers in the world.

Lana and Naomi are now a team and Natalya is on her own. TJ Wilson is a producer for WWE, doing his best to put the best match together behind the scenes. Obviously, Lana has some good support around.