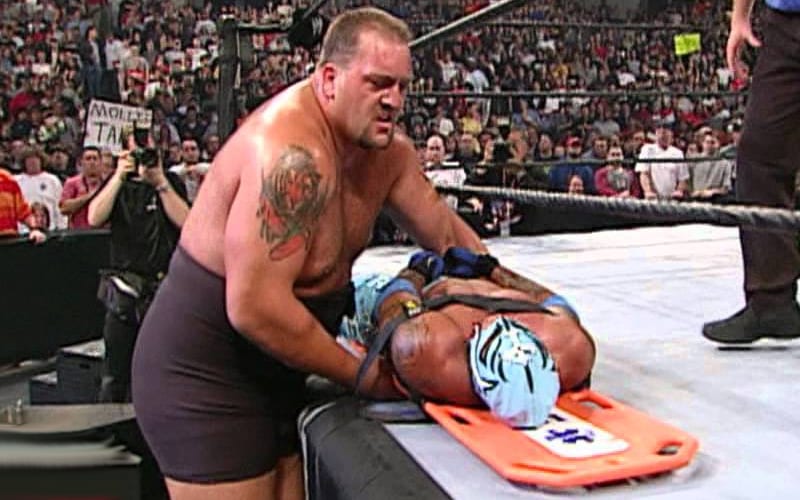 He was engaged in a feud with The Big Show back in 2002, which involved a spot where Mysterio was strapped to a stretcher.

While speaking on the Not About Wrestling podcast, Rey Mysterio talked about his Backlash 2002 match against The Big Show. When Mysterio was asked if Big Show felt remorse for injuring him, he revealed that Big Show didn’t feel bad at all.

“So I had this match against The Big Show and for some reason he thought it was a good idea to put me and strap me onto a stretcher and he picked that sucker up from the ground, I was strapped up to the board and he swung it like a baseball bat across the pole on the outside. When it hit, obviously he let it go. I was strapped and my head just went boom and it hit on the ground. I had to go to the hospital that day but that was probably one of the worst times. Not really [Big Show didn’t feel bad afterwards]. But you know what? That’s how I was raised. I was raised tough and I was the only kid in the wrestling class that was eight-years old.”

Mysterio is currently a mainstay on Friday Night Smackdown alongside his son Dominik. Big Show still comes around from time to time as well.