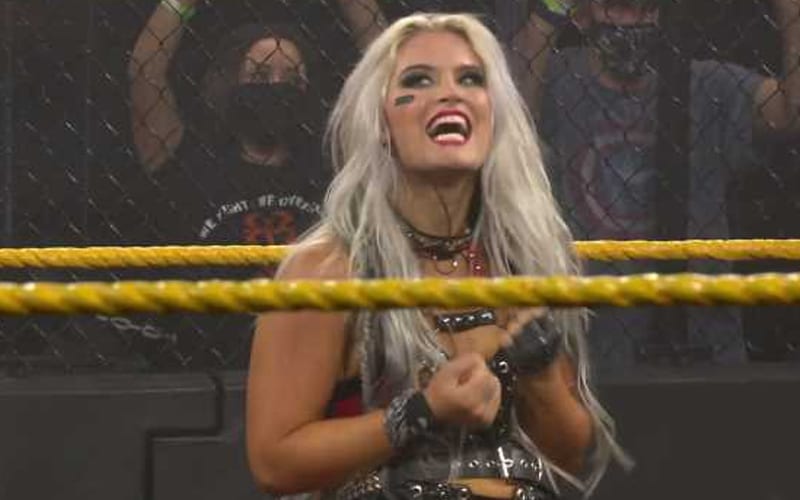 Toni Storm is in NXT now, but it took quite a while getting her to the black and gold brand. The current state of the world caused a huge hold up for her career.

Inside The Ropes recently spoke to Toni Storm when her return to NXT came up in the conversation. She spent a lot of time off television, but it wasn’t supposed to be that way. In fact, she was supposed to debut much sooner, but the pandemic had other plans.

Yeah, I think I was meant to be there quite a few months sooner, but obviously I got stuck and obviously the UK… It’s still in a terrible state now, pandemic wise, but it was terrible back then so we didn’t know what was happening with NXT UK either. I was just kind of in between, like, ‘ I don’t know.’ I was living each day not knowing what was going to happen, when I was going to leave, so it was crazy time. But yeah, it took me until October.

Toni Storm is determined to make up for lost time, and there is plenty of competition in NXT for her to face along the way. Things didn’t happen as quickly as they originally planned, but Toni Storm did eventually find her way to NXT.