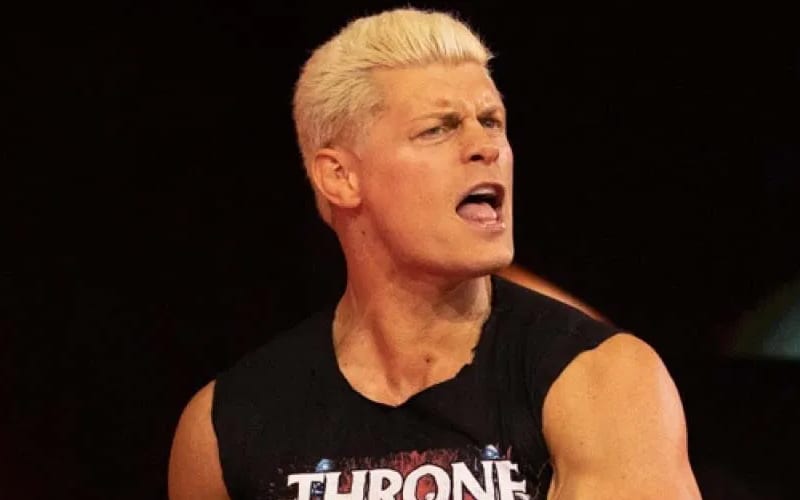 Cody Rhodes suffered an injury during AEW Dynamite this week. He also has a big match against Shaq in a matter of weeks and that isn’t great timing.

During Wrestling Observer Radio, Bryan Alvarez stated that he was told Cody will still be able to wrestle in that high profile match against Shaq during the go-home show before AEW Revolution.

“I was told that when Cezar gave Cody the overhead SOS Slam, I think it’s called, Cody landed on the side of his shoulder, suffered a minor rotator cuff tear. It is believed that he will be fine for the match with Shaq, but he did get injured. So, I guess we’ll follow up on that.”

Cody Rhodes suffered a bit of an injury, but he’ll apparently be okay for his upcoming match where he will tag with Red Velvet against Shaquille O’Neal and Jade Cargill. Brandi Rhodes was supposed to tag with Cody, but the announcement of the couple’s first child caused a change of plans.