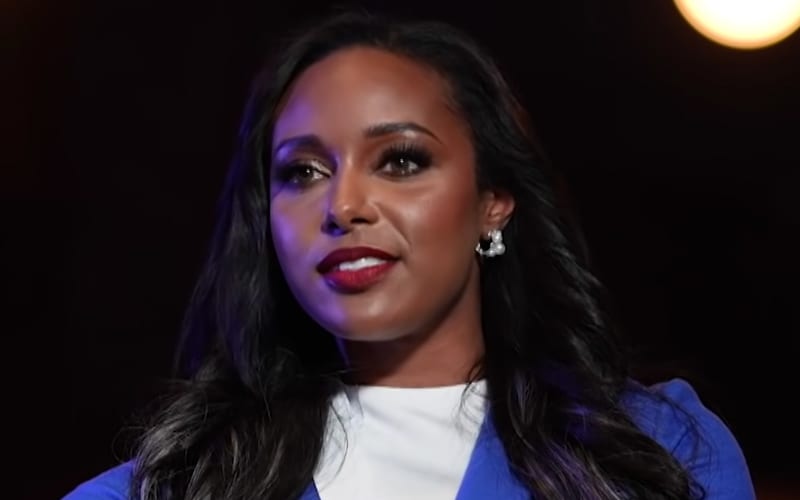 Brandi and Cody Rhodes are expecting a child in 2021. Brandi was involved in AEW’s storylines, and she was slated to be involved in Cody’s angle with Shaquille O’Neal.

During Oral Sessions with Renee Paquette, Brandi Rhodes said that she is trying to stay off television. She asked “who wants to see a pregnant lady” on a wrestling show. This caused her to pull out of a planned match even though her doctors told her that it would be okay to wrestle while pregnant.

“It’s a wrestling show. I mean, so who wants to see a pregnant lady? There were times when people asked, ‘do you want to be on commentary or be part of this?’ I would not want to see me on commentary because I’m not going to do anything.”

“You know I’m not going to do anything. Someone can be in my face and there is nothing I can do about it. It’s anti-climatic.”

“I say no sometimes and then I still get shoehorned into doing something. I’m trying to stay out of it. We were building to a match [when I got pregnant]. I just had the singles match with Anna Jay and everyone said, ‘That was a really great match! We thought they were gonna suck!’ Yeah, we don’t suck guys, and we work really hard.”

“We were supposed to have a tag match with me and Red Velvet against Tay and Anna. We were looking forward to it and were excited. We were going to plan aspects of that match and I was meeting Ricky Starks at the Nightmare Factory and it was that morning I found out I was pregnant.”

“My doctor even said, ‘You should finish what you’re doing. It’s not going to hurt you.’ I was so minuscule pregnant that two doctors said it was fine. I could never live with it if something happened. I started acted like my knee was hurting.”

Brandi Rhodes might get pulled onscreen if she shows up to AEW’s Daily’s Place television tapings. They might get to a point where AEW’s CBO doesn’t want to make those trips as her pregnancy continues. She will likely be back on AEW television eventually, but right now Brandi Rhodes has other matters to focus on.