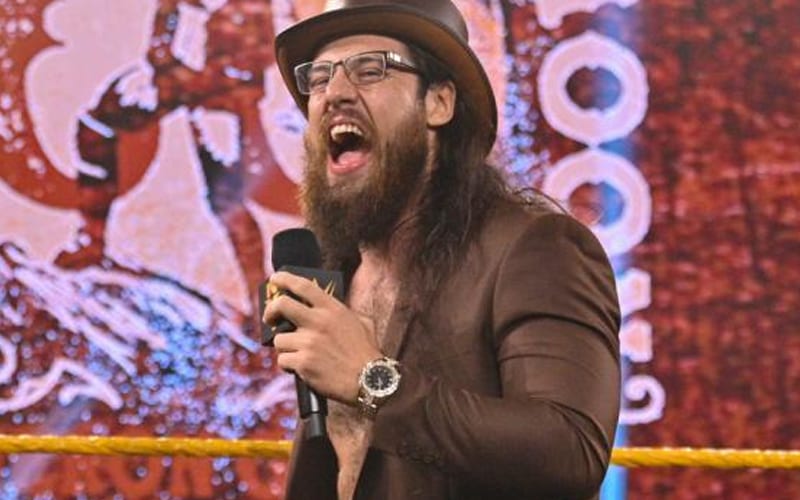 WWE NXT saw a new version of Cameron Grimes this week. He flaunted his new-found wealth, crowing about the timely subject of making money off investing wisely along with Redditors. Dogecoin might need to be his next investment, because he’s good at making money.

During Wrestling Observer Live, Bryan Alvarez noted something very interesting about Cameron Grimes’ new character, it’s a shoot. He really invested in AMC during the stonk market Reddit wave and made a killing.

“Listen, in real life Cameron bought AMC in the Game Stop deal at a ridiculously low price, like $13 and sold it for like hundreds of dollars, so legitimately Cameron Grimes made a ton of money that week. He does not have more money than Elon Musk. He might have more money than anyone at NXT at the moment. So, now that’s his character, and it’s the greatest.”

Cameron Grimes is now the Million Dollar Caveman, and he is having the time of his life. We’ll have to see how long he can throw his money around before that investment in the stonk market runs out.