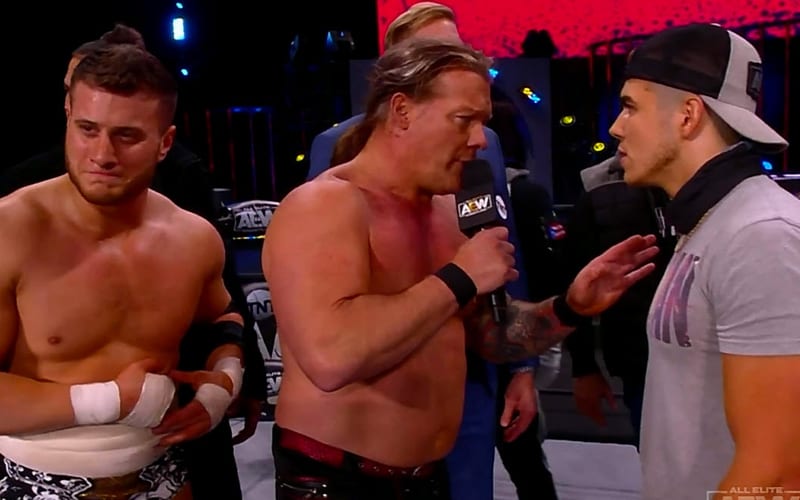 Sammy Guevara was one of the original members of the Inner Circle. He was once Chris Jericho’s tag team partner as well. This week The Spanish God quit the stable.

MJF and Sammy Guevara have not been the best friends since the Salt of the Earth joined the stable. Things got physical this week on AEW Dynamite. Sammy thought that MJF was recording him with his phone, so he smashed it against the wall. Then Guevara punched MJF in the ribs.

After Chris Jericho and MJF beat The Acclaimed this week, Sammy Guevara came out and approached Le Champion. He reiterated what he said months ago when MJF joined the stable. He said if one more thing happens, then he’s done. Then Sammy Guevara quit the Inner Circle.

Chris Jericho was left standing in shock in the ring. MJF looked quite pleased with himself. You can check out the clip below.

After he quit the Inner Circle, Sammy Guevara said he didn’t want to talk about it. He said he needs “time away from this place” before leaving Daily’s Place.