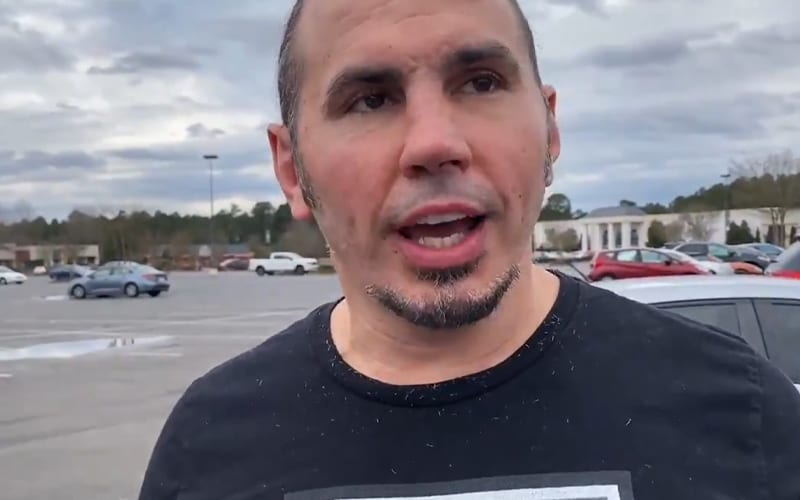 During the early 2000s, The Hardys, The Dudleys and Edge & Christian revolutionized tag team wrestling with their amazing Tables, Ladders and Chairs matches.

While speaking on a recent episode of Table Talk, Matt Hardy and D-Von Dudley discussed a potential match between The Hardys, The Dudleys and Edge & Christian again. Matt Hardy revealed that a match between the three teams is possible if it is a cinematic match, so that every wrestler would be safe.

“You know what would be masterful? If the Dudleys vs Edge & Christian vs the Hardys in the first-ever TLC cinematic match. Is that money or no? (D-von agrees and says he “likes the idea”) We can make it super entertaining and keep it safe.”

If the three teams ever do face each other again, it is unlikely to be anytime soon as Matt Hardy is in AEW, Jeff Hardy, Edge and Christian are in WWE. D-Von Dudley is a backstage producer in WWE but hasn’t wrestled in five years and Bubba Ray Dudley isn’t working for WWE.