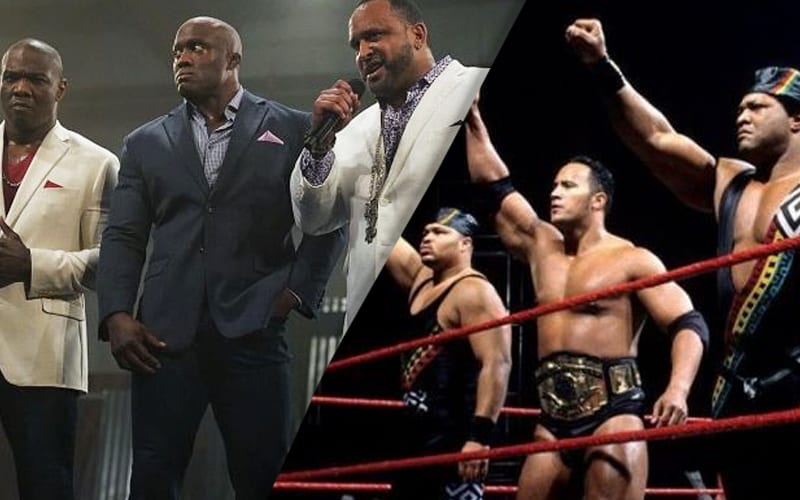 WWE thought about introducing a new Nation of Domination stable, but they formed the Hurt Business instead. That was a wise move if you ask Mark Henry.

The company brought in Mark Henry and Ron Simmons to kickoff the Hurt Business stable. There were plans to introduce the faction as a new Nation Of Domination.

While appearing on WWE The Bump, Mark Henry was asked if WWE should introduce a new Nation of Domination stable. He stated that it isn’t needed because the Hurt Business is a “better version.” He also had something to say about the “Rolex” watch that The Rock gave him so many years ago.

“I’m telling you right now I still have that watch [that The Rock gave him]. I saw that watch in a bin the other day and I just kinda laughed because he aid it was a Rolex, but it was kinda a No-lex. I want the real deal, Dwayne. I know you watch The Bump.”

We’ll have to see if The Rock gets Mark Henry’s message and sends him a legit Rolex. In the meantime, at least Mark Henry has that old watch which also has a ton of memories attached. You can find that classic clip below.

When it comes to introducing a new Nation of Domination in WWE, Mark Henry believes that the Hurt Business has things covered.