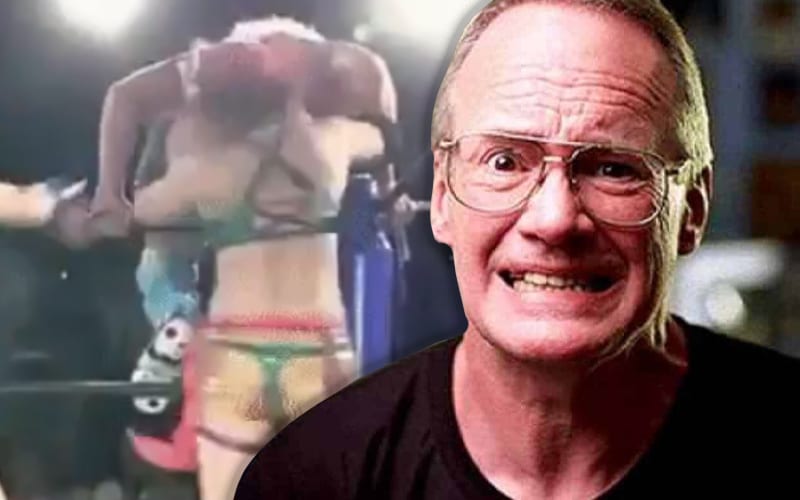 Jim Cornette has seen a lot of spots in pro wrestling. That doesn’t mean he approves of everything he sees. Cornette is not a huge fan of Kenny Omega and he has made no secret about that either.

Cornette recently took fire at Omega, while calling him twinkletoes, because of the selections he made in the AEW Women’s World Title Eliminator Tournament. He accused Omega of booking to his fetishes.

One fan stirred the pot a little bit and they tweeted out a rare video clip for Cornette. This clip saw Kenny Omega expose his backside while sitting on the turnbuckle. Hikaru Shida’s face was supposed to end up buried into Omega’s backside, but Asuka ended up taking a face full of Omega crack instead. This caused Jim Cornette to respond in a way that would be expected from him.

ALL the best wrestlers are from Japan. Actually, many of them used to be. Now, it’s the same there as it is here in the US–a clown show for cosplayers like these “wrestling artists” right here. This is the “talent” pool AEW is pulling from.

Jim Cornette is not likely to receive a phone call from AEW anytime soon to ask about creative opinions. That doesn’t mean he will be shy about giving them. He had a lot to say about AEW bringing in KENTA, and odds are those unfiltered opinions will continue.