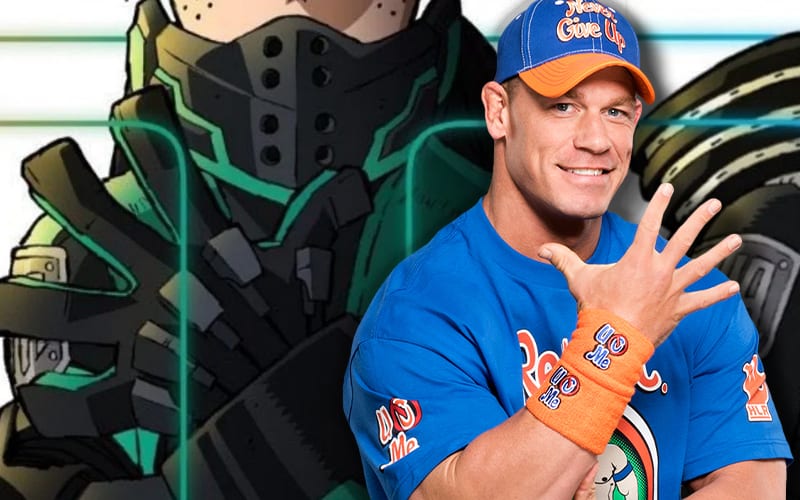 My Hero Academia is an incredibly popular Anime and John Cena is well aware of it. He is also apparently aware of the ties that fans have made between the wildly popular cartoon series and himself.

Fans have compared Cena to the Toshinori Yagi character for a long time. That character is better known as “All Might.” Naturally, with Cena’s skyrocketing movie career, My Hero Academia fans have long wondered what it would like to cast him in a live action move role for the franchise.

John Cena posted an image from a My Hero Academia poster, one that was getting a lot of attention. It appeared that one of the characters was doing Cena’s “You Can’t See Me” hand gesture. He posted that on Instagram without a caption, because Cena never uses captions on Instagram.

This post blew up on social media and saw Cena’s name trending because of fans speculating on what this means. We have not heard about any official live action My Hero Academia role for John Cena, but you also never know what could be in the pipeline.

After Cena reacted as he did online, it’s always possible that he’s strongly interested in being a part of the My Hero Academia franchise in some way. If anything, he is embracing yet another passionate fan base just as he has with several other fan bases in the past including BTS.