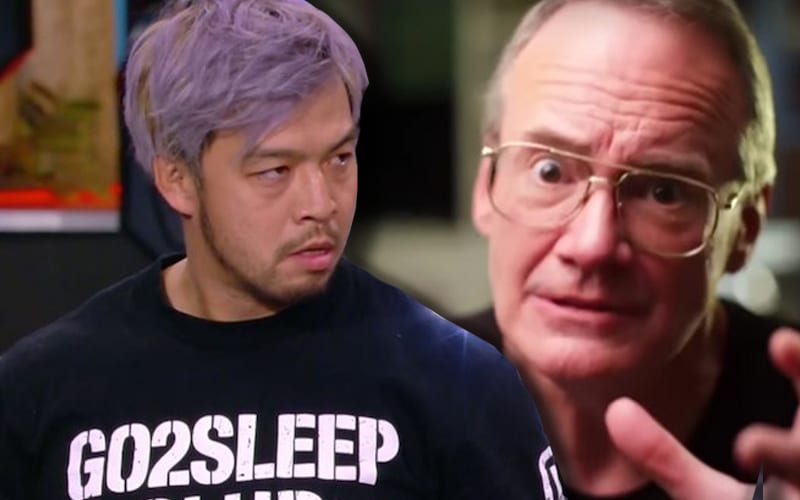 AEW and NJPW now have a working relationship. KENTA showed up in AEW and surprised everyone. That will be followed by his in-ring debut for the company this week on Dynamite.

Jim Cornette wasn’t too thrilled about KENTA’s arrival in AEW. He unloaded a bit during The Jim Cornette Experience. After calling KENTA “a Japanese midget,” he also said that nobody cared about his AEW debut except for those fans who were watching anyway.

“The guy takes his mask off and it’s another Japanese midget. The announcers are going crazy, ‘OH MY GOD IT’S KENTA!’ Like anybody in the United States of America beside the people already watching that program would know who the f*ck KENTA is!”

KENTA might not have popped Jim Cornette, but plenty of AEW fans were very happy to see the “forbidden door” between AEW and NJPW finally kicked down.

News Tip
wpDiscuz
56
0
Would love your thoughts, please comment.x
()
x
| Reply
You are going to send email to
Move Comment