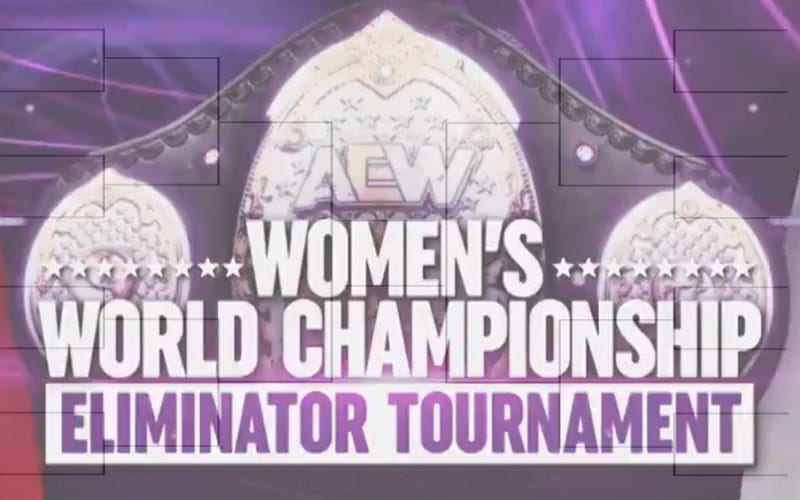 AEW will kick off the Women’s World Title Eliminator Tournament tonight on Dynamite. Thunder Rosa is set to take on Leyla Hirsch. That is only the beginning of the action, and the company has now revealed the entire brackets for the tournament.

Half of the matches in this tournament will take place in Japan. The winners of each side will face off against each other to determine a new #1 contender for Hikaru Shida’s title.

Tony Schiavone was featured in a new video from AEW where he broke down the brackets. The first round is set to feature many great matches on each side. It will be very interesting to see how things pan out as the weeks go by.

This Super 16 tournament will carry on for the next several weeks. It was not noted how AEW will present the Japanese matches, but they were filmed in the Ice Ribbon Arena in Japan.

Tony Schiavone said that his pick to win the tournament is Dr. Britt Baker. The big question is who will really have their hand raised when everything is said and done. You can check out the full brackets and the video from AEW below.