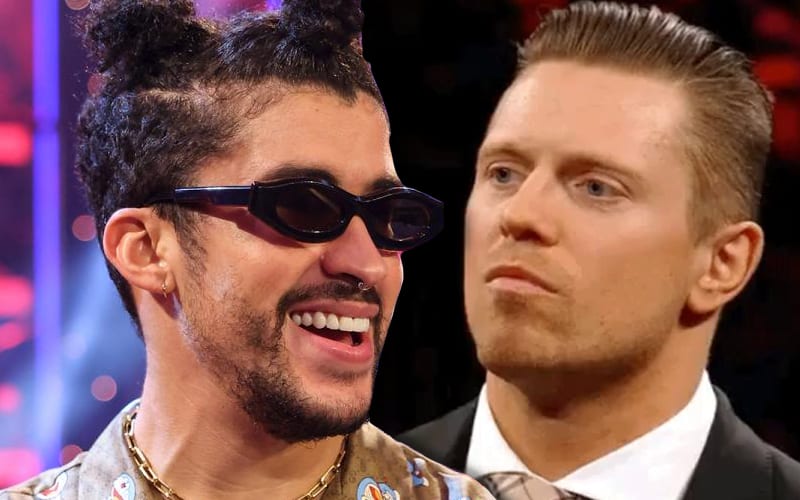 Bad Bunny is in WWE and involved in a feud with The Miz and John Morrison. That feud has irritated The Miz a bit. He sounds ready to solve this issue.

TMZ ran into The Miz at the airport. They asked him about Bad Bunny and the A-Lister had a lot to say.

“Let’s put it this way, Bad Bunny is an amazing artist. He has a ton of people, a ton of fans. He has like 1.1 billion views on his YouTube videos. All of his music videos have so many people watching — stay in your lane. Like, that’s what you do. I am a WWE Superstar. That is what I do. I’m not going to come over to your job and try to do your job better than you. So, don’t come over to my job and try to do it better than me, because you’re not. You’re a musician. Be a musician.”

The Miz advised Bad Bunny once again to “stay in your lane.” We’ll have to see if Bad Bunny listens. He is selling a ton of WWE merchandise and he just had a new line drop today.

WWE and Bad Bunny’s partnership will continue for a while. He is set to do something at WrestleMania this year and The Miz might have to break his jaw while he’s at it.