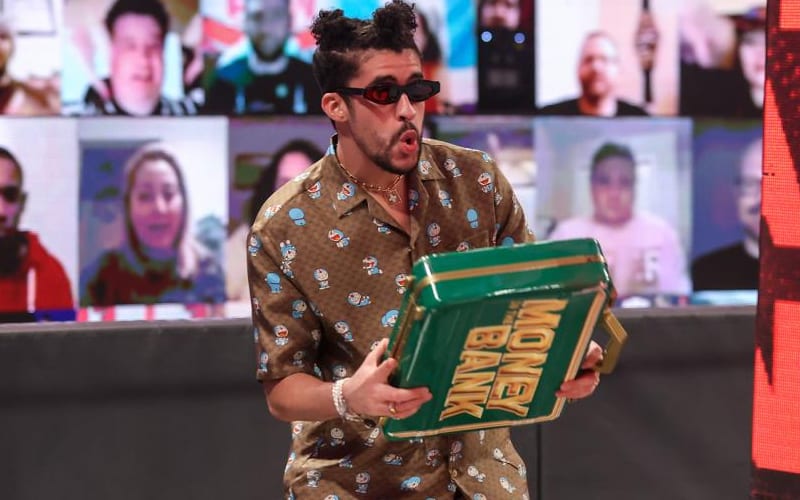 Bad Bunny is on WWE television now and he is apparently going to be a regular. The company is likely to keep pushing out new merchandise for him because his first line was a huge success.

The famous rapper’s Royal Rumble merchandise dominated the WWE Shop. There was a time when Bad Bunny had the top selling item in the men’s, women’s, youth, and hoodies on WWE Shop.

According to Fightful Select, Bad Bunny’s merchandise sold over 1/2 million dollars. The only other person in the top five is Roman Reigns.

At the time we got the information, the only other person in the top five was Roman Reigns. Even then, the #5 spot did about 65 percent of the sales of the number four seller, and less than five percent of the top seller. To say that Bad Bunny was a big success is an understatement

Bad Bunny is an obvious draw for WWE, but they didn’t reveal that he was going to be on this week’s episode until the show was already on the air. A star of his caliber probably needs as much promotion as possible, especially on the road to WrestleMania.