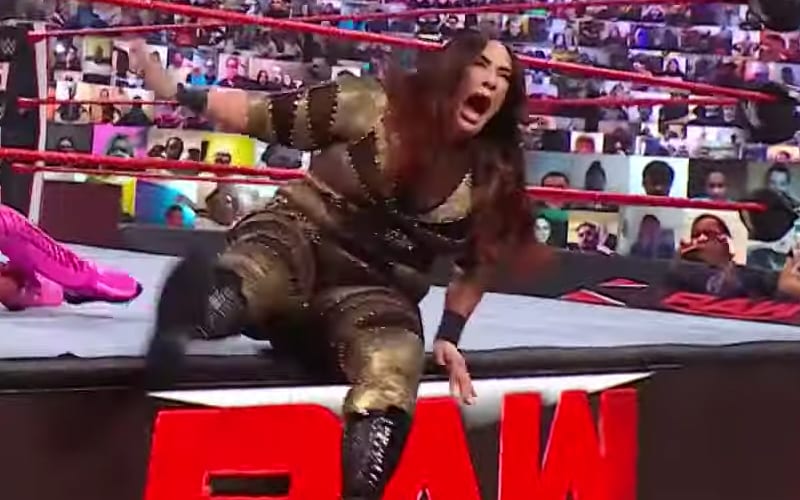 Nia Jax lost to Lana in a tables match this week on RAW. This was the supposed conclusion of a much longer storyline between the two. Miro was also very happy to see his wife win the big match. Nia Jax also received a ton of attention.

Jax had a couple of good lines during that tables match. She told Lana that “King Kong ain’t got sh*t on me” during the match. That was edited out of RAW. Then the company declined to edit out Nia Jax yelling: “MY HOLE!” when she landed her backside on the ring apron.

Lana then shoved Nia Jax through a table after that, and she won the match. The Internet Wrestling Community latched onto Nia Jax’s painful exclamation in a big way.

“My Hole” was trending on Twitter all night after that match. Tons of fans commented and memes sprung up like wildfire. This was certainly a moment on RAW that captured a lot of attention.

We’ll have to see what’s next in this storyline, but Nia Jax might need a bit of time to recuperate after taking such a hard shot to the bathing suit region.