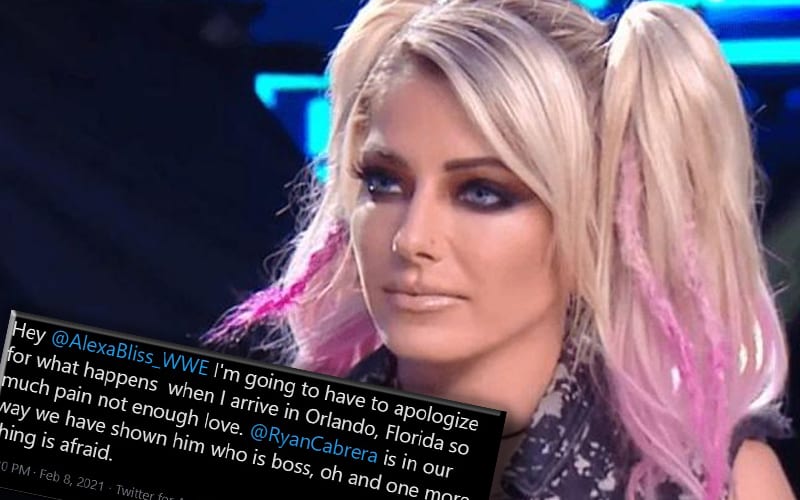 Alexa Bliss has a problem with an obsessed fan, and he is sending out plenty of threats. All of these warning signs should be taken seriously, and now he is apologizing for what he’s about to do.

We previously reported that Bliss acknowledged this obsessed fan as someone who had been sending her threatening messages for a while. We have no idea what the current status is with her complaint, but she has alerted authorities.

Her obsessed fan, a Twitter user with the handle Albert Little 666, posted that he is in Orlando. He also threatened to pay a visit to Bliss’ home.

Her obsessed fan also sent out a rather concerning message a few hours later. He apologized for what he is about to do when he arrives in Orlando. It sounds like this is another threat on Ryan Cabrera’s life.

Hey @AlexaBliss_WWE I’m going to have to apologize for what happens when I arrive in Orlando, Florida so much pain not enough love. @RyanCabrera is in our way we have shown him who is boss, oh and one more thing is afraid.

Hopefully, this situation can be dealt with without any tragedy involved. This obsessed fan obviously needs help, and the authorities are also hopefully keeping a close eye on this situation.