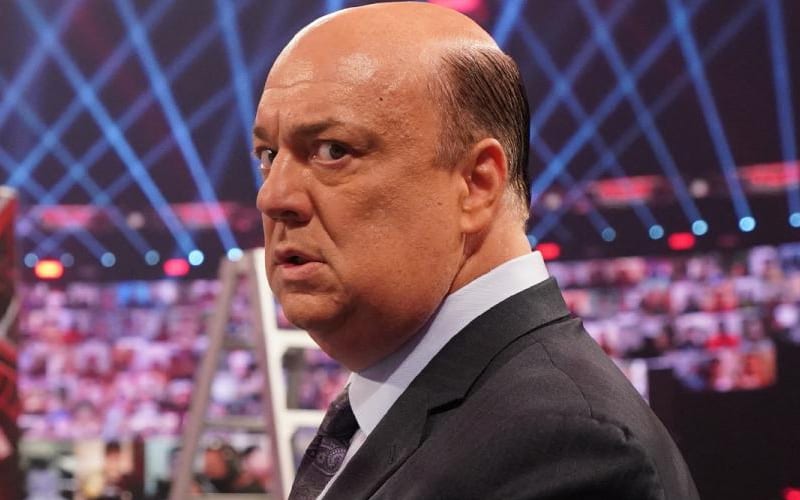 Big E retained the WWE IC Title during SmackDown this week. That was a hard-fought win and nobody in the match can be ashamed about how it turned out, even Apollo Crews who was unable to win.

During Talking Smack, Paul Heyman took a chance to address Big E who was on the show as a guest. Heyman laid out a long term booking idea for the New Day member that would see him in the main event of WrestleMania. It’s not happening for Big E this year, but WrestleMania 38 seems to be an open door.

“Now, solidifying the title reign can get you to a position to a position for WrestleMania next year in the main event for the Universal Championship against Roman Reigns. That’s what that championship should be to you; it should be the designation of you as a great champion so you can main event at WrestleMania against Roman Reigns. The fact that you’re not going to main event this year, sir, should piss you off. Doesn’t it?”

Big E took a second to think about what Paul Heyman said to him. Then he replied to say that he’s not pissed off about what happened. He is using the experience to motivate himself instead. This will see him at WrestleMania 38 in the main event match against whomever holds the title.

“That doesn’t piss me off. That motivates me. Everything I’ve done in the past, as incredible as that was, it will pale in comparison to what I’m about to do this next year. I’ll see and your boy in the main event of WrestleMania 2022, if he still has got the title. If he still has it, I’ll be there.”

Paul Heyman took a bit of exception to how Big E addressed the future, because Heyman only sees Roman Reigns as the Universal Champion, a title he will hold until he doesn’t want to hold it anymore.

We’ll have to see what’s in the future for Big E but they are certainly laying out some amazing plans for him.