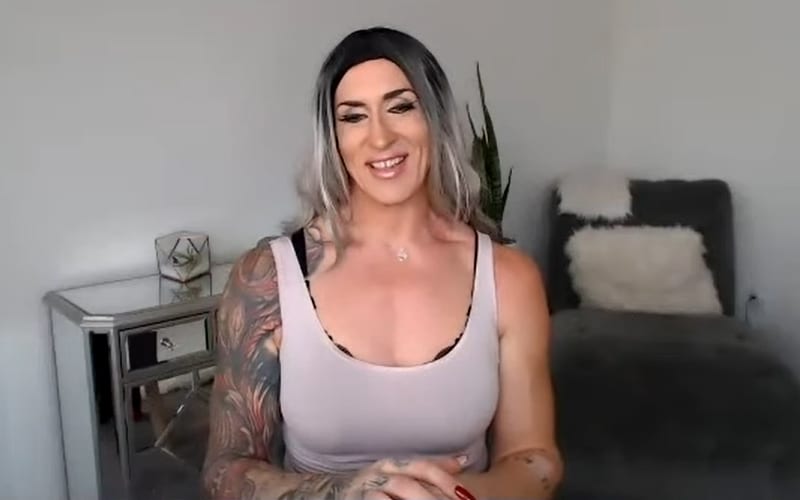 Tyler Reks made the brave announcement that he is now a woman and going as Gabbi Tuft. This was a big moment for her and she has received all over the pro wrestling world.

Gabbi recently spoke to Wrestling Inc about her transition. This was a freeing experience and it feels as though she’s out of prison. Things apparently got dark for her, but she made it through and can now be her true self.

“I’m very very happy. I feel like I have a prison sentence that just [ended], and I’m free. It feels absolutely amazing. It’s something that I’ve been hiding for years, and it’s gotten to the point where I just couldn’t hold it inside anymore.”

“It was life and death for me at one point where I didn’t want to live another day as a man, and I was ready to end everything. Even though I have a wonderful wife and a daughter, the pain of just presenting as a man was overwhelming, and so when I decided to make the change and start the transition, everything just opened up. It was a huge weight lifted off my shoulders.”

Gabbi Tuft’s wife is incredibly supportive of her decision as well. She sent out several posts, absolutely glowing with pride and support.

She is receiving some mainstream attention for her transition. Now she can help her her platform to help others who might have been dealing with the same situation.